Reports that the Louisiana cops who shot Alton Sterling claim to have seen a gun butt when the fired on his as he tried to reach for it. Alton Sterling was armed when police responded to the scene. 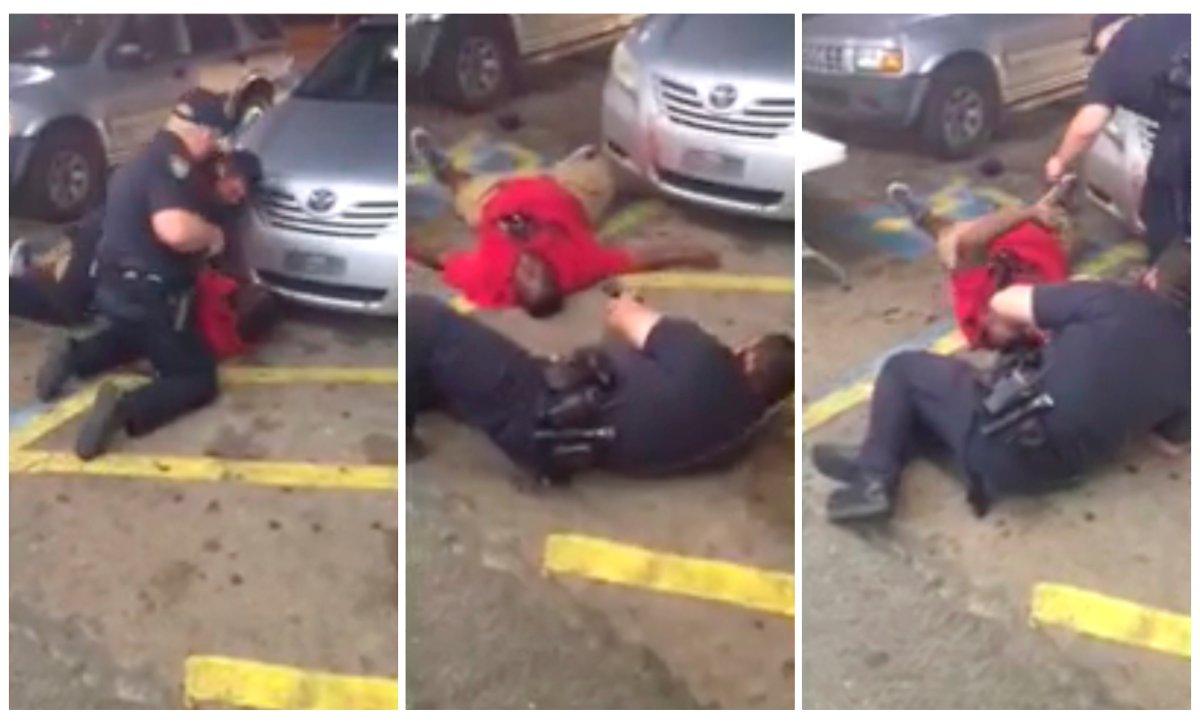 "The Louisiana cops who fatally shot Alton Sterling said the butt of his handgun was visible in his front pocket and he was reaching for it when they opened fire, according to court documents filed Monday." This according to a July 12, 2016 article by the New York Daily News.

The article said Baton Rouge PD officers responded to a disturbance at Triple S Food Mart on July 5 where "Sterling, 37, refused to put his hands on the hood of a car at the convenience store."

The official Baton Rouge Police Press Release said that Sterling was standing in front of the store threatened a person with a gun.

Various news agencies reported that a homeless man called 911 and alerted police to the incident.

The New Your Daily News reported the official testimony of the responding officers:

"Officers Blane Salamoni and Howie Lake II used stun guns on Sterling because they 'were attempting to subdue the subject' when they 'observed the butt of a gun in (his) front pants pocket,' the affidavit said."

When Sterling made an attempt to grab the gun from his pocket, the responding officers opened fire and "The subject was shot multiple times."

Triple S Food Mart owner, Abdullah Muflahi, told reporters, "Sterling was not holding a gun during the shooting, but that he saw officers remove one from his pocket afterward."  This according to a July 11, 2016 article by CBS News.

According to a July 6, 2016 article by NBC News. Alton Sterling was convicted felon and a registered sex offender. Felons are not allowed to possess firearms so at the time of the incident he was in illegal possession of the weapon.