Bernie Sanders Bashed Uber, but is a Regular Customer

Allegations that Bernie Sanders told reporter about a serious regulation problem with the ride share app Uber, yet there are reports that Sanders uses the service on a regular basis. 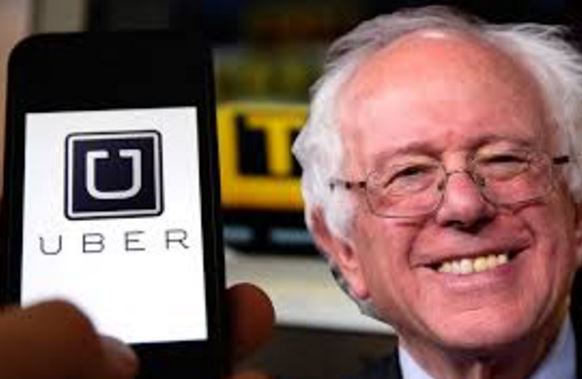 According to an Aug. 6, 2015 article by Bloomberg, Democratic presidential candidate Bernie Sanders said, “If you’re working at a diner on a weekday, and it’s raining, and people are not coming in, you’re not getting any tips,” he said. Sanders said he had  “serious problems” with Uber, the ride share app where passengers can hail a car to transport them to their destinations. Sanders called it “unregulated."  It turns out that Sanders is a regular customer of Uber and used the service instead of taxis. This according to a Jan. 26, 2016 article by National Journal.

The National Journal reported that Bernie Sanders was among 5 candidates who together expensed $34,923 in Uber rides. None of those candidates expensed taxi services in their reports. The candidates were Bobby Jindal, Martin O'Malley, Rick Perry, Scot Walker, and Bernie Sanders.

Sanders was wrong about Uber and other ride share app companies not being regulated.