Prince Charles of U.K. is a Descendant of Vlad the Impaler

Viral reports that Prince Charles of Britain is related to Vlad the Impaler, Bram Stoker's inspiration for Dracula. 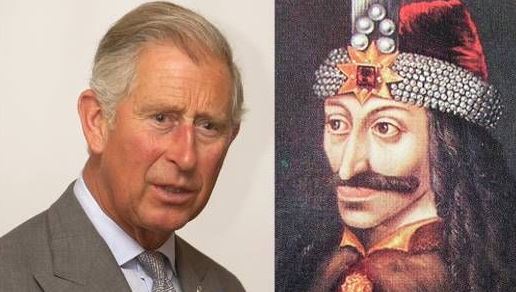 The article said, "Links between the Royal Family and Vlad the Impaler, the 15th century nobleman whose deeds inspired the vampire legend, are being exploited in an attempt to lure tourists to the eastern European country."  The Romanian National Tourist Office released a statement in a travel brochure which said, "Transylvania should also be known as the ancestral home of the Prince of Wales, defender of faiths, with a love of gardening and classical architecture."

Prince Charles is having a bit of fun with this new in promoting travel to the land of the Carpathian mountains where castle Dracula is located. “Transylvania is in my blood,” he told an interviewer. The Prince of Wales continued, “The genealogy shows I am descended from Vlad the Impaler, so I do have a bit of a stake in the country.”

This news has sparked much controversy among conspiracy theorists, especially Alex Jones, who mentioned this revelation on the Coast to Coast AM radio program on May 11, 2016. Jones told host George Noory that he spoke to by Fritz Springmeier, the author of "Bloodlines of the Illuminati" several years before this news broke out. Springmeier predicted in his book back in 1998 that Prince Charles was related to Vlad the Impaler.