An open letter to Congress by country legend Charlie Daniels has gone viral on the Internet. In it, Daniels  SLAMS a “Pathetic” Congress & President Obama. 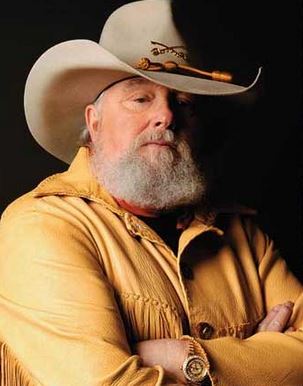 Charlie Daniels wrote the open letter on August 24, 2015 and it was found posted in the soapbox section of his website.

Here is the letter:

I am a proud American who believes that America has held - and still holds - a very sensitive and special place in the affairs of mankind on Planet Earth. I believe that America has been divinely blessed and protected in our two centuries plus of existence.

I believe that America has been a counter balance that has cancelled out a lot of tyranny, evil and conquest and, admittedly, we have made a lot of mistakes, but on balance we have exerted a certain Pax Americana in the international affairs of mankind.

It took a lot of old fashioned guts for the Continental Congress to stand up to the world's mightiest military and tell them that we demanded our independence, even at the peril of going up against a far superior force on land and sea with a ragtag army of untrained citizens, many who had to supply their own firearms.

It took courage above and beyond for Abraham Lincoln to push the country into a Civil War that he knew beyond a shadow of a doubt would divide this nation for decades.
It took guts to give the order for American troops to storm the beaches of Normandy on D-Day, straight into the face of artillery and machine gunfire, wave after wave being cut to ribbons by German shore emplacements.

The history of this nation is written in the blood and courage of men who stood in the face of overwhelming odds, politicians, soldiers, statesmen and ordinary citizens who sought to do the right thing regardless of the cost or the consequences.

Well, ladies and gentlemen of the United States Congress, it seems that that particular pen has run out of ink. The courageous politicians that once championed this nation have been replaced, for the most part, by a breed of milksop, politically correct, scared of their own shadow, pushover, pathetic excuses for public servants who are supposed to be representing a constituency of citizens who have to live with the circumstances of their timid folly.

You don't even have the courage to face down an out of control president, even when he makes a deal with the devil. Don't you bunch of timid capons even care what kind of world you're leaving to your children and grandchildren, not to even mention the rest of us? Are you really party partisans before you're parents and grandparents or even human beings?
Be honest with yourselves a minute, go into the bathroom and look in the mirror and ask the person you see this question.

"Do I really believe that Iran will not use the money we're releasing to them to finance terrorists to kill Americans, and, when, not if, but when, the Iranians develop their nuclear device, will they really use it against America and Israel?"

You can’t hide from the truthful answer to that question forever, an answer will be required of you one day.

You have allowed Obama to tilt the Supreme Court so far to the left that they're little more than a shameful extension of the Executive Branch.

You have talked for decades about the porous southern border but have done absolutely nothing about it.

You have allowed cities in this nation to declare themselves sanctuary cities where they protect the worst of the worst criminal aliens, American citizens paying an awful price for your silence.

You watch an impossible National Debt balloon completely out of control knowing full well that a day of reckoning is coming that will seriously curtail the quality of life for coming generations.

You allow corrupt government agencies like the IRS to run over the very people you are sworn to protect and allow the entitlement society to expand exponentially while you actually entertain the idea of raising taxes on those who still work and shoulder the burden.

You compose a third of the constitutionally mandated ruling system and you shirk your duty and allow this nation to move a little closer to the edge every day.

I wish you bunch of sold-out, jaded, burned-out hacks would just go home and let some people who still have some vision and whose consciences haven't been seared past the point of reminding them when they're wrong take over and start to claw this nation back on to the path of sanity,

Your ratings are in the single digits, your morals are in the gutter, your minds are on self-preservation and somewhere along the way you traded your honor for political expediency.

You've violated your oaths, you've betrayed your country you've feathered your nests and you've sat on your hands while an imperial president has rubbed your noses in the dirt time after time.

You're no longer men, you're puppets, you're caricatures, jokes, a gaggle of fading prostitutes for sale to anybody who can do you a political favor.

“For what shall it profit a man, if he shall gain the whole world, and lose his own soul?”

What do you think?

Pray for our troops and the peace of Jerusalem.