China Bans the Wearing of Burqas in Biggest Muslim City

Viral reports that legislators in the Chinese province of Xinjiang have passed a law that prohibits residents from wearing burqas in public. 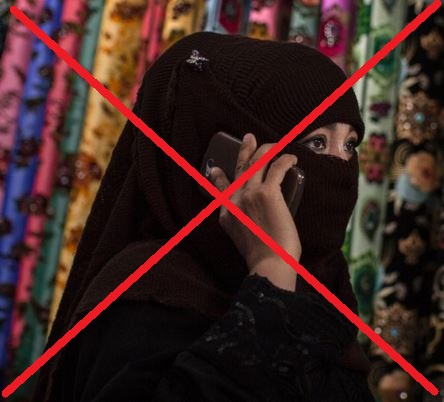 The reports are real according to a January 13, 2015 article by CNN, that said local legislators approved the ban in December.

CNN also reported a similar ban was instituted in Karamay and this was not the first initiative.  During Ramadan, students and civil servants were prohibited from fasting in observance of the Muslim holy month.

Historically, China has been an atheist country since the Chinese Communist Party gained power but article thirty-six of the Chinese constitution allows  Chinese citizens to “enjoy freedom of religious belief.”  This according to a report by the Council on Foreign Relations.  The report said that China has seen a steady growth of Christianity since the 1980's. Religions must be state approved and some "[fringe] religious and spiritual groups, dubbed 'heterodox cults' by Beijing" have been banned. Many Christians do not subscribe to the dogma of the state approved churches and join churches that meet in homes.

In the recent years, China has seen an increase of followers of Islam but the Chinese government has restricted the practice of Islam.

The report said, "China has ten predominantly Muslim ethnic groups, the largest of which is the Hui, an ethnic group closely related to the majority Han population and largely based in western China's Ningxia Autonomous Region and Gansu, Qinghai, and Yunnan provinces. The Uighurs, a Turkic people who live primarily in the autonomous region of Xinjiang in northwest China, are also predominantly  Muslim. There about ten million Uighurs in Xinjiang Uighur Autonomous Region, approximately half of the region’s population. Officials in Xinjiang tightly control religious activity, while Muslims in the rest of the country enjoy greater religious freedom."

Following several terrorist incidents, the report said, "Beijing announced a year-long anti-terrorism crackdown in Xinjiang, which has included prohibitions on wearing of headscarves and beards and  restrictions on fasting during Ramadan."