Confusion over the location of a statue of Sir Winston Churchill giving to the United States from Great Britain. Some allege that President Obama returned the statue to British Embassy. 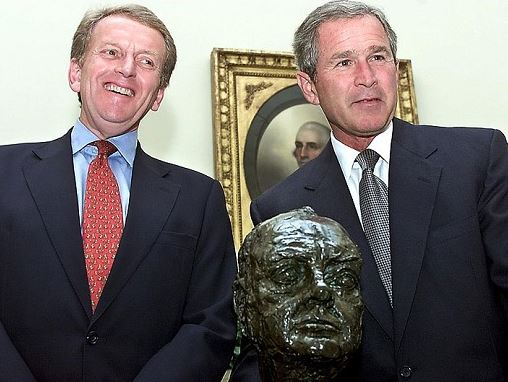 Questions have been raised over the location of a statue of Winston Churchill, which was loaned to President George W. Bush in 2001 by the United Kingdom.

This all appears to have been a case mistaken identity over two statues of Sir Winston Churchill, which were both sculpted by Sir Jacob Epstein. One statue was presented to Lyndon Johnson during his administration and the other loaned to George W. Bush shortly after the September 11, 2001 attack on the World Trade Center.  This according to a August 1, 2012 article by the New Yorker.

The confusion began when Candidate Mitt Romney mentioned at a fund-raiser at London's Mandarin Oriental hotel that he was "looking forward to the bust of Winston Churchill being in the Oval Office again." This according to a July 29, 2012 article by U.K's Telegraph. The article went on to say that "Mr Obama's aides angrily denied they had returned the bust to the embassy or that the move was intended to show 'antipathy towards the British.'"

Syndicated columnist and Fox News contributor Charles Krauthammer wrote about Romney’s foreign trip in his Washington Post column and said "that Obama started his presidency by returning to the British Embassy the bust of Winston Churchill that had graced the Oval Office." 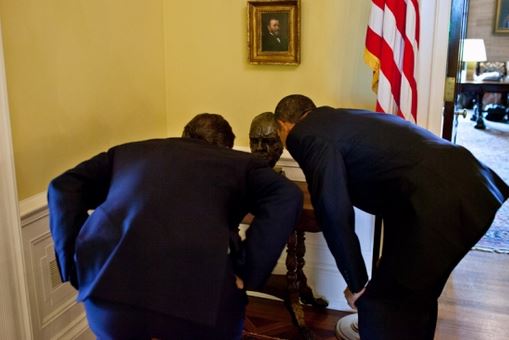 On July 27, 2012, the White House posted a fact check page on its website disclaiming the rumor that the statue had been removed from the Executive Mansion. The page included a photo of President Obama and Prime Minister David Cameron admiring the statue during the PM's recent visit to the United States. The statue appears to be just outside the Oval Office in the photo.

On June 29, 2010, Glenn Beck reported on some thoughts as to why President Obama returned a gift, a statue of Sir Winston Churchill, to England.