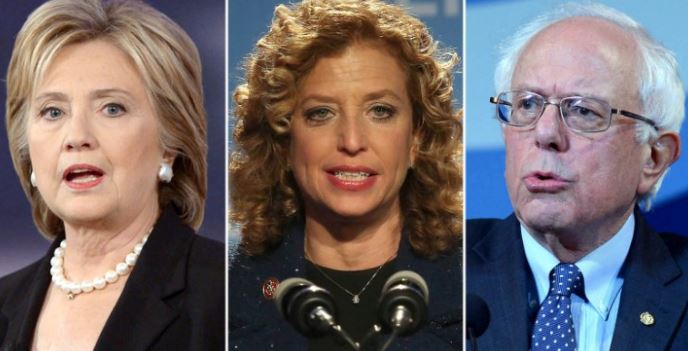 According to a July 24, 2016 article by the Washington Post, thousands of Wikileaked emails showed the Democratic National Committee (DNC) "was actively trying to undermine Bernie Sanders's presidential campaign." This was clearly a rule violation of the DNC's policy to remain neutral.

About one email, the Washington Post reported, "May 5, DNC officials appeared to conspire to raise Sanders's faith as an issue and press on whether he was an atheist -- apparently in hopes of steering religious voters in Kentucky and West Virginia to Clinton. Sanders is Jewish but has previously indicated that he's not religious."

In another email the article said, "On May 17, after controversy erupted over the Nevada state Democratic convention and how fair the process was there, Wasserman Schultz herself took exception to Sanders campaign manager Jeff Weaver's defense of his candidate's supporters. 'Damn liar,' she wrote. 'Particularly scummy that he barely acknowledges the violent and threatening behavior that occurred.'"

Other emails questioned Sander's understanding of the Democratic Party, mocked him, labeled Sanders supporters "Bernie Bro's," and said that she wished Sanders would just end his campaign.

According to a Jul 24, 2016 article by Fortune, "Hillary Clinton is thanking her 'longtime friend' Debbie Wasserman Schultz after the Florida congresswoman’s decision to step down as chair of the Democratic National Committee. Clinton says that Wasserman Schultz will serve as honorary chair of her campaign’s 50-state program to help elect Democrats around the country."

When the Democratic National Convention began in Philadelphia on the morning of July 25, Wasserman Schultz was repeatedly booed and interrupted when she addressed the delegates. This according to a Jul 25, 2016 article by The Hill. The article said "As she spoke, people stood on chairs holding up signs that said 'emails,' 'No!' and 'Thanks for the help, Debbie.'"