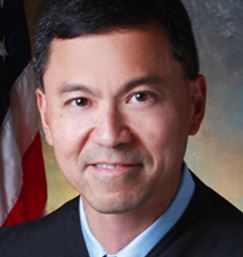 "U.S. District Judge Derrick Kahala Watson, who was nominated by former President Barack Obama in 2012 and confirmed by the Senate with a 94-0 vote, is the fourth Native Hawaiian federal judge in U.S. history." This according to a March 15, 2017 article by Mercury News, which said, Watson attended Harvard "where he received his undergraduate education in 1988 and his law degree in 1991."  Coincidently, these are the same years where Barack Obama attended Harvard.