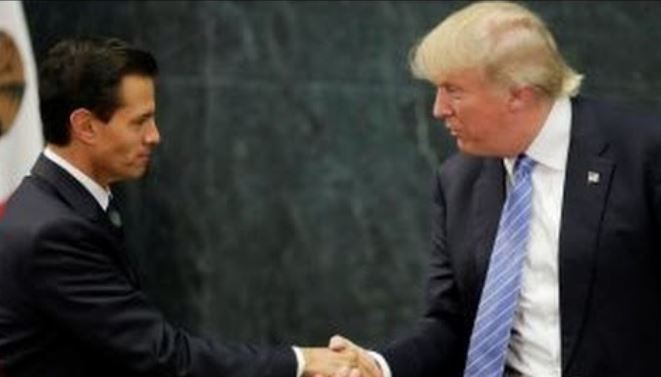 Donald Trump travelled to Mexico and met with President Enrique Peña Nieto.  Behind closed doors for close
to an hour the two  discussed immigration policies, the need to stop drug cartels, trade and need improve the
security of both Mexico and the United States. After that, they both came out and addressed the press and public.

Video of the speech was found posted on YouTube:

A transcript was found posted by Time: