Viral meme that alleges Senator Al Franken (D-MN) usurped his powers by casting his super delegate vote to Hillary Clinton when Bernie Sanders won the caucus in his state. 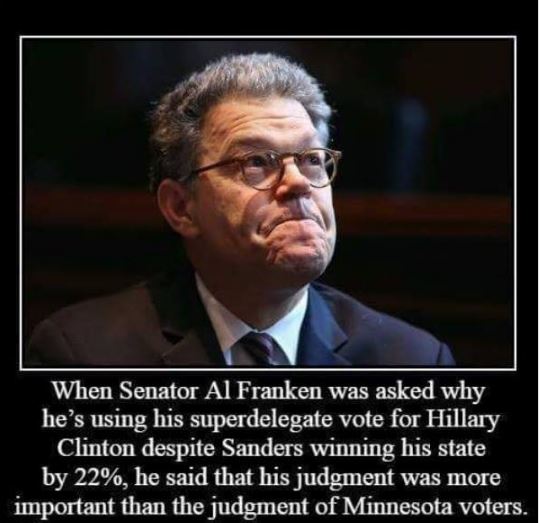 Sen. Al Franken (D-MN) did not say that his vote was more important than the voters of Minnesota, but he did endorse Hillary Clinton and told a CNN reporter that the voters elected him to exercise his judgment in who he sees fit to be President of the United States. This according to a March 30, 2016 interview on CNN.

The iRumorMill.com Crew has found video of the CNN interview on YouTube: