GITMO Detainee Now a Voice of Al Qaeda After Release

Reports of Ibrahim al Qosi, a former Usama bin Laden aide who was captured and detained in Guantanamo Bay. After his release he has surfaced as  a voice of Al Qaeda. 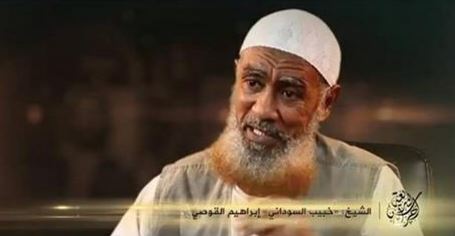 The reports are real, according to a Feb. 17, 2016 article by Fox News that said three years after his release "Qosi has emerged as a prominent voice of Al Qaeda in the Arabian Peninsula, appearing in a number of AQAP propaganda videos -- including a 50-minute lecture calling for the takeover of Saudi Arabia."

Qosi was released from Guantanamo Bay in 2012.

The article said, "The Obama administration has stepped up efforts in recent weeks to shrink the prison population at Guantanamo Bay, with the ultimate goal of closing the U.S. detention facility despite congressional resistance."

Related stories posted on the iRumorMill: