Allegations of Israel snooping on the nuclear talks between the U.S. and Iran. The information was leaked to Congress in an attempt to try to fail the negotiations. 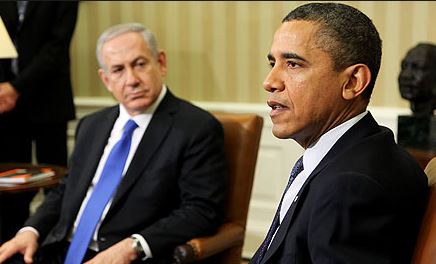 According to a March 23, 2015 article by the Wall Street Journal, "[senior] White House officials learned Israel was spying on the closed-door talks" during last year's negotiations between Iran, the U.S. and other major powers.

The article said, "The spying operation was part of a broader campaign by Israeli Prime Minister Benjamin Netanyahu’s government to penetrate the negotiations and then help build a case against the emerging terms of the deal." The Wall Street Journal also said "Israel acquired information from confidential U.S. briefings, informants and diplomatic contacts in Europe."

Current and former White House officials told the Wall Street Journal that the espionage did not upset the Administration "as as much as Israel’s sharing of inside information with U.S. lawmakers and others to drain support from a high-stakes deal intended to limit Iran’s nuclear program."

Meanwhile on the negotiations table, it appears as though the Obama Administration may be caving in to Iran's demands. According to a March 26, 2015 article by the Washington Free Beacon, "U.S. negotiators are said to have given up ground on demands that Iran be forced to disclose the full range of its nuclear activities at the outset of a nuclear deal, a concession experts say would gut the verification the Obama administration has vowed would stand as the crux of a deal with Iran."

Rep. Ed Royce (R-CA), chairman of the House Committee on Foreign Affairs drafted a letter to President Obama addressing concerns over the negotiations, which was signed by 376 members of Congress.

The United States has had a longstanding interest in preventing Iran from achieving a nuclear weapons capability.  Over the last twenty years, Congress has passed numerous pieces of legislation imposing sanctions on Iran to prevent that outcome, ultimately forcing Iran into negotiations.   Should an agreement with Iran be reached, permanent sanctions relief from congressionally-mandated sanctions would require new legislation.  In reviewing such an agreement, Congress must be convinced that its terms foreclose any pathway to a bomb, and only then will Congress be able to consider permanent sanctions relief.  Resolving the nuclear crisis with Iran remains of grave importance to our nation’s security.  As the Administration continues to negotiate with Iran, we are prepared to evaluate any agreement to determine its long-term impact on the United States and our allies.  We remain hopeful that a diplomatic solution preventing Iran from obtaining a nuclear weapon may yet be reached, and we want to work with you to assure such a result.

Critics of Obama are speculating his bypass of Congress in the negotiations is was a retaliation against Prime Minister Netanyahu and Israel.

Earlier that week, Sen. John McCain (R-Ariz) told reporters that President Obama was "letting his personal issues with newly re-elected Israeli Prime Minister Benjamin Netanyahu affect his decision-making and shared policy goals." This according to a March 23 ,2015 article by Fox News.  McCain said, “It’s time that we work together with our Israeli friends and try to stem the tide of ISIS and Iranian movement throughout the region, which is threatening the very fabric of the region.”  The article said, "McCain called out Obama and told him: 'Get over your temper tantrum, Mr. President.'”