On Saturday, Feb. 13, 2016 reports interrupted scheduled broadcasts that Supreme Court Justice Antonin Scalia was found dead in his room during a hunting trip in Texas. Almost immediately the conspiracy theories of this death went viral on the Internet. 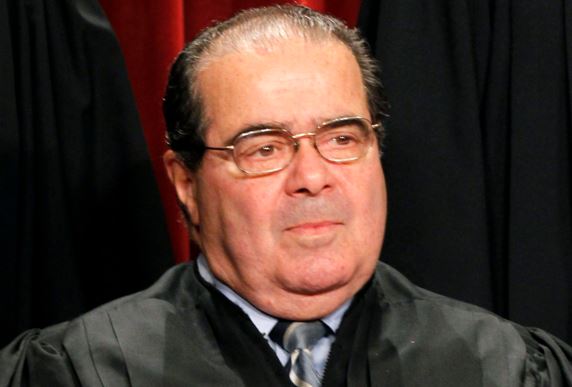 Justice Antonin Scalia was a conservative who took the U.S. Constitution literally and defended the document of our land as it was originally written and intended. In a 2014 speech he said, "The Constitution is not a living organism. It's a legal document, and it says what it says and doesn't say what it doesn't say." Because of his belief, he has been the conservative decision maker in the Supreme Court since he was appointed by President Ronald Reagan in 1986. Scalia defended against the liberal attempts to change the freedoms provided to citizens laid down in the U.S. Constitution.

News of his death is a game changer in the upcoming 2016 Presidential election and some of the facts surrounding these reports are enough to raise the eyebrows of many conspiracy theorists.

Justice Scalia was invited to spend the weekend at Cibolo Creek Ranch in West Texas by the 30,000-acre luxury ranch owner, John Poindexter.  This according to a Feb. 14, 2016 article by Express News', My San Antonio. The article said that Justice Scalia "was one of three dozen invitees to an event that had nothing to do with law or politics."

Various news sources reported that Justice Scalia was found on the bed of his room, dead from an apparent heart attack.

John Poindexter told reporters that Friday evening Scalia "was seated near me and I had a chance to observe him. He was very entertaining. But about 9 p.m. he said, 'it's been a long day and a long week, I want to get some sleep.'"

The article said that Poindexter went by Scalia's room to awaken him sometime near 8:30AM. The "judge's door was locked and he did not answer." Poindexter returned about three hours later "with a friend of Scalia who had come from Washington with him." Poindexter told reporters, "We discovered the judge in bed, a pillow over his head. His bed clothes were unwrinkled."

Poindexter checked Scalia and said that 79-year-od judge had no pulse.

The article said that "his body was cold, and after consulting with a doctor at a hospital in Alpine, Poindexter concluded resuscitation would have been futile."

The article said Scalia's body was moved to a funeral home in El Paso, chosen by the family on the advice of a friend.

The Washington Post also reported a Presidio County Judge Cinderela Guevara pronouncement of Scalia's death of natural causes without seeing the body. This is permitted by Texas law, which does not mandate the ordering of an autopsy.

Plans for an autopsy has yet to be announced on the late Justice's body by the El Paso County medical examiner's office, who said they have yet to  receive any orders. The Washington Post article said, "that his family made it clear they did not want one."

John Poindexter, according to his official biography, was a guest of President Obama in 2009. He was decorated with a Presidential Unit Citation for his service in Vietnam four decades ago. Poindexter commanded Alpha Troop, 11th Armored Cavalry Regiment. He and his unit received the nation’s highest decoration for the “truly extraordinary” rescue “against all odds” of an American infantry company that was facing certain annihilation. The ceremony was televised and took place in the Rose Garden of the White House.

Speculation of foul play has gone viral on the Internet. The iRumorMill is looking into the allegation.

We have found some conspiracy theories posted on Web.

Alex Jones is one of the largest reporters of Conspiracy Theories in the U.S.:

The iRumorMill has opened an investigation into these allegations and will post findings here when they develop.