House Majority Leader, Rep. Kevin McCarthy (R-Calif.) , withdrew himself from the race for House speaker amid allegations over a rumored extra-marital affair.

iRumorMill.com Determination: Unproven and Under Investigation 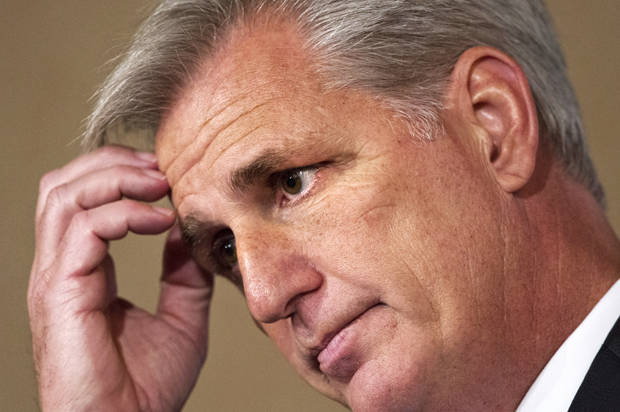 On Thursday October 8, 2015, Congressman Kevin McCarthy made an announcement that stunned members of the House of Representatives, that he was dropping his candidacy from Speaker of the House. Citing the need to re-unite Congress, McCarthy told his fellow law makers that he was not the right man for the job.  The Internet is now abuzz with conspiracy theories alleging that the real reason for the drop out maybe Rep. Renee Ellmers (R-N.C.), "whom conservative media sites have suggested is tied romantically to McCarthy."

According to an October 10, 2015 article by Huffington Post, "McCarthy has brushed off the affair allegation. After announcing that he would not seek the speaker's post on Thursday, he was asked about Wednesday's cryptic letter from Rep. Walter Jones (R-N.C.), which asked that 'any candidate for speaker of the House, majority leader, and majority whip withdraw himself from the leadership election if there are any misdeeds he has committed since joining Congress that will embarrass himself, the Republican conference, and the House of Representatives if they become public.'"

On October 6, 2015, Rep. Walter P. Jones (R-N.C.) sent a letter to Republican Conference Chairman McMorris Rodgers and other House members saying "any candidate for speaker of the House, majority leader, and majority whip withdraw himself from the leadership election if there are any misdeeds he has committed since joining Congress that will embarrass himself, the Republican conference, and the House of Representatives if they become public." 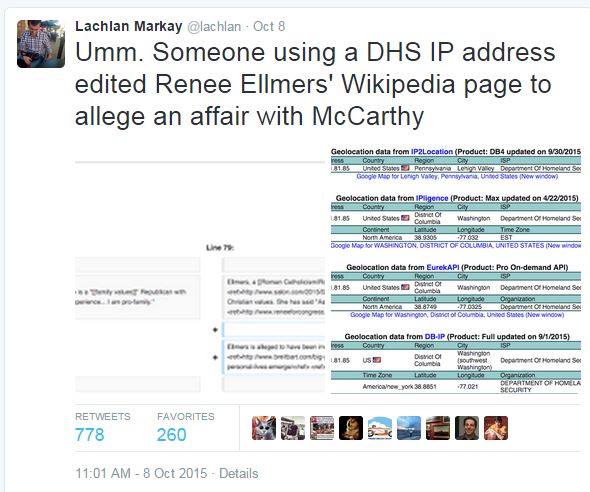 On October 8, 2015 a Twitter post launched into the Web by Washington Free Beacon reporter Lachlan Markay alleged "someone using a DHS IP address" had edited the Wikipedia page of Renee Ellmers referencing an alleged affair with McCarthy.

Fox News reported on October 09, 2015, "The Department of Homeland Security has launched an investigation into reports that someone with a DHS IP address edited Wikipedia pages to include references to an alleged affair involving House Majority Leader Kevin McCarthy, who bowed out of the race for speaker Thursday."

The iRumorMill.com crew is looking into this conspiracy theory and will be posting findings on this page as they develop.