An open letter by actor Kevin Sorbo criticizing the hypocrisy and double standards of the liberal left Democrats. 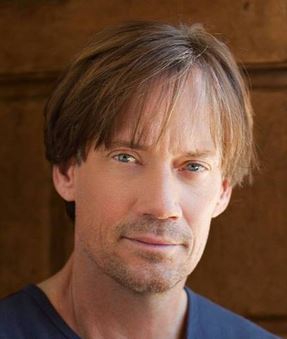 The letter is real and appeared on the Facebook timeline of actor Kevin Sorbo on March 1, 2015.

We've got a very serious problem in America when people, including a former mayor of New York, can't criticize the president without being publicly condemned.
Rudy Giuliani's comments about President Obama at a private dinner last week in New York kicked up a firestorm of controversy on Twitter and elsewhere.
"I do not believe that the president loves America," Giuliani said.
"He doesn't love you. And he doesn't love me. He wasn't brought up the way you were brought up and I was brought up through love of this country."
I have no problem with people reacting to his comments -- for or against. That's free speech in action, and it's protected under the Constitution.
What I do have a problem with is those who are falsely accusing Giuliani of racism when none exists.
What is happening in America is that the Democratic machine -- and the biased left-wing media that supports it -- is using the race card to protect politicians in power that they support.
Funny, I don't remember any backlash or accusations of racism against then-Sen. Barack Obama when he accused President George W. Bush of being unpatriotic in speeches while campaigning for president. Candidate Obama called President Bush "unpatriotic" for raising the national debt, but he got a pass.
Giuliani told CNN he had even received death threats over his comments.
The double standard and hypocrisy are troubling.
If and when racism truly does rear its ugly head, the public and the media should condemn it.
However, we cannot, and should not, support phony accusations that are being misused as a political tool to silence free speech or political opponents.
It weakens the real cases of racism that deserve our attention.
We can't live in a country where some people are allowed to burn the American flag as a demonstration of free speech, but Giuliani, a private citizen who stood up for America during 9/11, gets attacked for questioning a politician's love of country.
Free speech is for all Americans, not just Democrats.