Allegations that the Medicare Handbook for 2015 is out and on page 12 should show the Medicare Part A and Part B rates and premiums. It states that the premium and deductible amounts were not available at the time of printing and gives a toll free number to call for information.  Someone called the information line was told that those figures will not be available until the end of the first or second week of November.

Conspiracy theorists say that this is just in time for the November elections.

We found the 2015 edition of the Medicare Handbook online and it does say on page 12 that the premium and deductible rates were not available at the time of its printing.

We can not verify what what the author of this email was told on the phone, but we did check with the Medicare information website and found the 2015 premiums and deductibles posted.

Part B premiums and deductibles should remain unchanged.

Medicare saidn that most people do not pay premiums for Part A but if they do the premiums will be $29 less than what they were paying in 2014.  Deductibles in 2015 are expected to be slightly higher than 2014. See chart below: 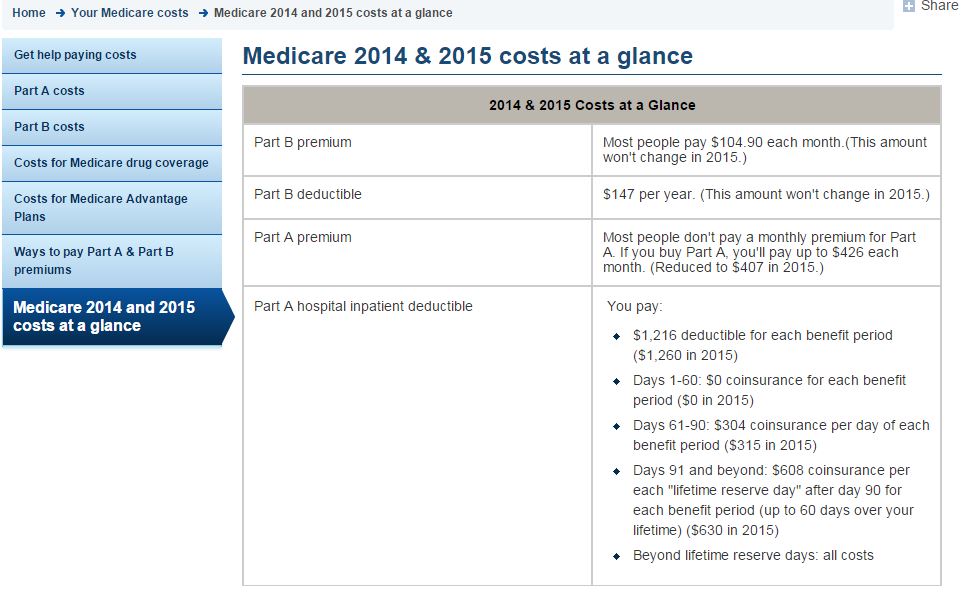