Viral video posted all over social media of Milwaukee Police Chief Flynn talking about the racial disparities of his jurisdiction. 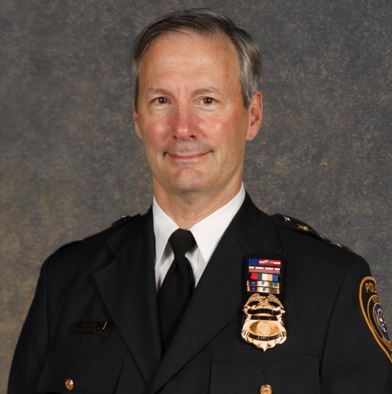 The video is real, according to a Nov. 21, 2014 article by the Milwaukee Wisconsin Journal Sentinel, which said, "The recording garnered nearly 600,000 views Wednesday on YouTube and hundreds of thousands since as bloggers tied the racial disparities described by Flynn to the race-related tensions revealed by the August police shooting in Ferguson, Mo."  Police Chief Edward Flynn responded to community activists on the night when a 5-year-old girl was shot in her home.

The article said, "Journal Sentinel reporter Ashley Luthern recorded the video earlier this month at the first meeting of a police oversight panel after Flynn fired police officer Christopher Manney, who shot and killed Dontre Hamilton in April."  During that meeting Chief Flynn was getting telephone updates of an incident where a "a 5-year-old girl was shot and killed in a Milwaukee house while sitting on her grandfather's lap." The article went on to say that at "one point during the meeting, members of the audience criticized Flynn for looking at his phone."  Flynn told the citizens that "he was trying to keep up with developments in the girl’s shooting and later took on those critics in a press conference."

The iRumorMill.com crew found the video posted on YouTube: