Obama to Pledge $3 Billion to U.N. in Climate Aid for Developing Countries

Reports that President Obama will give the United Nations (U.N.) $3 Billion to help underdeveloped nations around the world combat "Climate Change."

The offer of $3 billion U.S. tax dollars to the U.N.'s Green Climate Fund is real, according to a November 14, 2014 article by the Los Angeles Times.

The article said, "The U.S. pledged the money to the United Nations Green Climate Fund, an integral part of the international effort to craft an agreement to address climate change. The fund, created in 2011, asks industrialized countries and their private sectors that pumped most of the greenhouse gases into the atmosphere over the last century to now provide aid to developing countries so they can shift to low-carbon fuel and adapt to the effects of climate change."

Critics of the administration spread the word in blogs, commentaries on websites and posts on social media. "Global Warming," or, as it is referred to in present day, "Climate Change" has been a controversial topic because the weather around the planet has been doing the opposite as predicted by scientists who have subscribed to the theory. A green house gas effect was predicted along with a rise in temperature as a result of excess carbon emissions around the planet. Instead, in Fall 2014, most areas throughout the U.S. experienced a milder summer and the winter cooling began early. In Mid November many portions of the U.S. experienced a weather emergency. Areas around the Great Lakes  experienced white out conditions with record low temperatures.  NBC weather reporters called this "one for the record books."

Another concern was raised by the Judicial Watch organization, the United Nations Green Climate Fund is run by officials from Communist nations, as well as a country that appears on the State Department’s list of terrorism-sponsors.   The Judicial Watch report said, "The entire world body is well known as a pillar of fraud and mismanagement, but that hasn’t slowed the tide of American taxpayer dollars. Even the U.N.’s Human Rights Council, funded primarily by American taxpayers, is a huge joke." 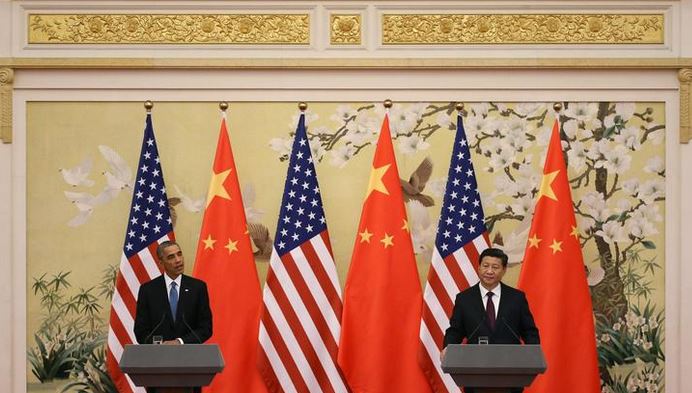