Viral posts on social media alleging that the President Obama ordered U.S. Immigration and Customs Enforcement (ICE) officers to stand down while illegal aliens were entering the U.S. 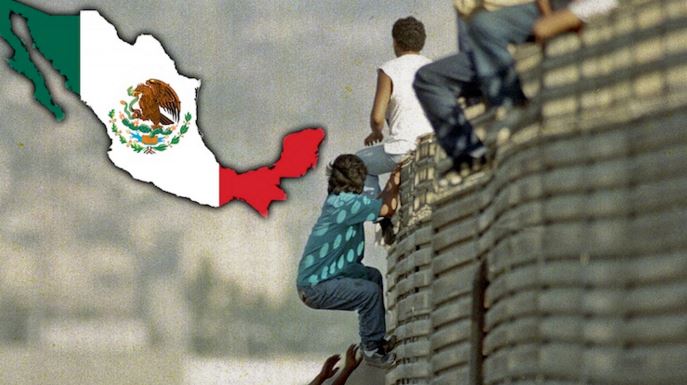 The "Stand Down" is real and the policy began  late summer 2014 after President Obama sent a subtle suggestion to ICE border agents. This according to a  Jul. 24, 2014 article by the Washington Times.

In early 2016 as GOP candidates debated the illegal immigration problem, opinions began flying on the Internet. About that time articles of a  testimony by Border Agent Brandon Judd to The House Judiciary Committee, Subcommittee on Immigration and Border Security also went viral on the web. After reading his testimony many ask why the U.S. still has immigration laws.

Border agent Judd is the president of the National Border Patrol Council and spoke before the committee on February 4, 2016. Judd described his experience as a border agent, a position which he has been serving since the 1990's, and problems with the various programs which have been in place during the time of his service. Judd's testimony said that he "witnessed first-hand how adept these criminal cartels were at exploiting our policies." 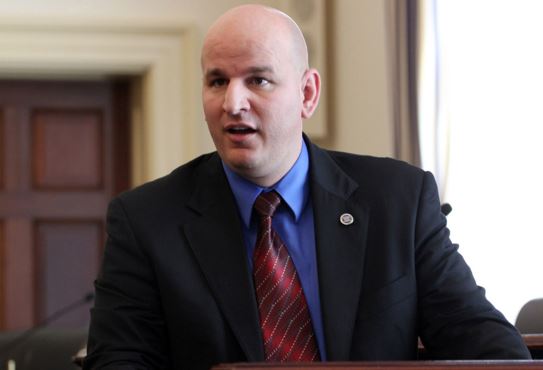 Below is the entire text of Judd's testimony:

Testimony of Brandon Judd On behalf of the National Border Patrol Council In front of The House Judiciary Committee, Subcommittee on Immigration and Border Security February 4, 2016:

As I was in church this past Sunday, my mind was preoccupied about this hearing and my testimony. I was thinking about what I could say to help shed light on our current situation when one of the basic tenets of my religion’s faith came to mind:

"We believe in being subject to Kings, presidents, rulers and magistrates in obeying, honoring and sustaining the law.”

All religions, that I’m aware of, believe in rules, tenants and commandments. It’s no different with the laws of the United States; persons, whether citizens or not, follow the laws of this great nation, peace and prosperity abound. However, when those laws are broken on a large scale; chaos is the byproduct. And make no mistake, chaos defines parts of our southwest border today.

Human and narcotics smugglers are constantly evolving to maintain or grow their profits. Unlike the Border Patrol, these criminal cartels operate without bureaucratic red tape. Cartels do not have to coordinate their efforts with the U.S. Attorney’s Office, the Enforcement and Removal Office, Health and Human Services, or the Office of Civil Rights. Instead, the cartels see a problem and change their operations almost immediately. At the Border Patrol, it can take over a year to adapt.

The policy was that it was better for narcotics and illegal immigrants to enter the United States without apprehension than to put the general public at risk of vehicle accidents. Whether you believe this policy was sound or not, it was a policy that was exploited by the cartels. It took years for the Border Patrol to install vehicle barriers in this area and stop these drive throughs from taking place. During that time the cartel more or less operated with impunity.

Similarly, in the early 1990s, El Paso, Texas, and San Diego, California, were ground zero for illegal immigration into the United States. It was easy for drug smugglers and human traffickers to make a quick sprints across the border and immediately get lost in the larger population. In an effort to control these major corridors, the Border Patrol concentrated the vast majority of its manpower and resources on these two areas. No one thought smugglers would adapt by moving their operations to the inhospitable deserts of Southern Arizona. Nothing however could be further from the truth and the scale of illegal immigration in Arizona from 1998 through 2010 was unprecedented.

Another example was the 500 pound marijuana smuggling threshold the U.S. Attorney’s office imposed on the Border Patrol in the mid-2000s. Due to prosecutorial discretion, Border Patrol Agents were not allowed to refer for prosecution anyone who smuggled or attempted to smuggle less than 500 pounds of marijuana into the country. Not surprisingly we started making quite a few 480 pound seizures.

Today our largest trouble area is in Texas. Criminal cartels are once again proving adept at understanding and working around our policies. Late in the year of 2013 and throughout all of 2014, an unprecedented number of unaccompanied minors entered our country illegally through the Rio Grande Valley Sector of operations. Instead of presenting themselves legally at Ports of Entry and asking for asylum, the unaccompanied minors were forced by the cartels to enter illegally at dangerous points along the border. In most cases, these minors were not trying to escape or evade apprehension, they were simply crossing the border illegally and giving themselves up.

The cartels understood that the unaccompanied minors would force the Border Patrol to deploy Agents to these crossing areas in order to take the minors into custody. I want to stress this point because it has been completely overlooked by the press. The unaccompanied minors could have walked right up to the Port of Entry and asked for asylum. Why did the cartels drive them to the middle of the desert and then have them cross over the Rio Grande only to surrender to the first Border Patrol Agent they came across? The reason is that it completely tied up our manpower and allowed the cartels to smuggle whatever they wanted across our border.

The creating of holes in Border Patrol operations was only one benefit to the cartels by the unaccompanied minor surge. The other was the exploration of our “catch and release” policy. As this surge became too much to handle, the Border Patrol and the Enforcement and Removal Office began releasing nearly everyone we arrested.

I believe this release allowed the cartels to increase their smuggling profits. With catch and release, the cartels could credibly say to potential customers that they would be able to remain in the United States without fear of deportation as long as they asked for asylum upon being apprehended. Although the problem began with unaccompanied minors, as word quickly spread of everyone being released, we started to see more crossings of complete family units, leading to a bigger problem than what we had in 2014. And once again we are playing catchup to a problem that in part we created through policy.

All individuals that were released during this period of time were given an official document that ordered them to appear before an immigration judge at some future date. These orders are called Notices to Appear (NTA). The only problem, however, is that these official orders are usually ignored; so much so that Border Patrol Agents have dubbed them Notices to Disappear. The latest data that I have seen shows that approximately 40 percent of the individuals being issued NTAs do not show up.

The willful failure to show up for court appearances by persons that were arrested and released by the Border Patrol has become an extreme embarrassment for the Department of Homeland Security. It has been so embarrassing that DHS and the U.S. Attorney’s office has come up with a new policy.

Simply put, the policy makes mandatory the release, without an NTA, of any person arrested by the Border Patrol for being in the country illegally, as long as they do not have a previous felony arrest conviction and as long as they claim to have been continuously in the United States since January of 2014. The operative word in this policy is “claim.” The policy does not require the person to prove they have been here which is the same burden placed on them during deportation proceedings. Instead, it simply requires them to claim to have been here since January of 2014.

Not only do we release these individuals that by law are subject to removal proceedings, we do it without any means of tracking their whereabouts. Agents believe this exploitable policy was set in place because DHS was embarrassed at the sheer number of those who choose not to follow the law by showing up for their court appearances. In essence, we pull these persons out of the shadows and into the light just to release them right back to those same shadows from whence they came.

Let me give you an example from my sector in Montana. Several months ago we arrested an illegal alien with a felony domestic violence arrest from another state. He was released because his trial had not occurred and therefore had not been convicted. Mind you he had not been acquitted either but we had to let him go all the same.

Under the law he should have been set up for removal proceedings, but under the policy he was let go. And he was let go even though he first proved that he cared so little about our laws that he entered the United States illegally, and once here, he proved further disdain by getting arrested for a serious violent act against another. What did we teach him and everyone else he undoubtedly told about his experience? We taught him our laws mean very little, but policies mean everything.

Immigration laws today appear to be mere suggestions. There are little or no consequences for breaking the laws and that fact is well known in other countries. If government agencies like DHS or CBP are allowed to bypass Congress by legislating through policy, we might as well abolish our immigration laws altogether.

I believe it is all our hope that people choose to govern themselves by honoring and sustaining the laws without compulsion. However if they do not, there must be a consequences and an enforcement mechanism that oversees compliance. In the absence of consequences and enforceable laws innocent people are hurt, criminals are rewarded, chaos abounds, and cartels reap huge financial benefits.

I look forward to answering any of your questions.