Viral Reports that the Obama administration instructed officials in the intelligence community to “downplay” any connection between the December shootings in San Bernardino and terrorism. 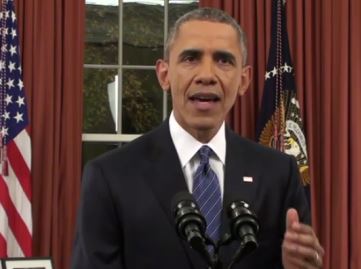 This report came from a website called "SOFREP," which is a news and analysis service run by military and Special OPs veterans. SOFREP said a "source confirmed that after the shooting, Obama held a meeting in the Oval Office with his National Security Council, the attorney general, and the directors of the DHS, FBI, and NSA, in which a directive was given to downplay the terrorism angle."

Shortly after terrorist activity was confirmed to the public by law enforcement, the Justice Department was swift with a reaction. SOFREP reported that "Attorney General Loretta Lynch simply announced that the Department of Justice would prosecute people for anti-Muslim rhetoric."

Other members from the intelligence community also spoke out about the administrations reactions. Former Defense Intelligence Agency (DIA) chief, Lieutenant General (Ret.) Michael Flynn told CNN that President Obama was downplaying the domestic terrorism angle because it did not fit his claim that al-Qaeda was on the run.

On Dec. 6 the President addressed the nation. Although much evidence was found by investigators pointing toward an Islamic terrorist attack, the President was not convinced.