While President Obama was in Asia, he unloaded 18 separate attacks on the U.S. 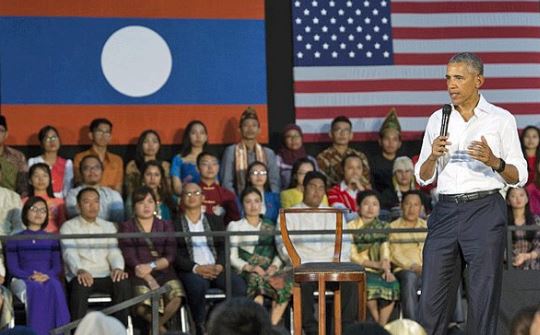 President Obama spoke at a Young Southeast Asian Leaders Town-Hall Meeting in Laos during the first week of September 2016 and managed to "unload all manner of grievances on the United States." This according to a Sep. 9, 2016 article by Grabien News that said they looked at video of the talk posted on the White House website and "counted 18 separate times he talked down his employer, the United States of America."

Here is the White House Video of the President's talk:

Sign up for the iRumorMill.com Full Service Alert System - Find out more by clicking here /span>