During a statement on the July 22, 2016 terrorist attack in Munich, President Obama is alleged to make a joke about his daughter leaving home for college. 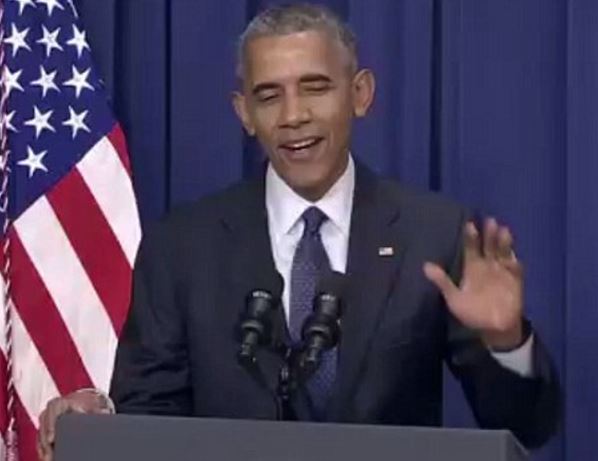 "As news reports of a gun massacre in Munich crossed the Atlantic Ocean on Friday, the President of the United States was cracking jokes." This according to a July 22, 2016 article by the U.K.'s Daily Mail.

The article said, as a gunman was firing on innocent victims and responders were locking down the German city of Munich Obama briefed a group of reporters gathered at the White House. "But as cameras rolled on the somber moment, Obama grinned and chuckled – and drew laughs from his audience – about his elder daughter Malia leaving the nest and heading for college."

Another Daily Mail article said, eyewitnesses heard the gunman screaming "I'm German" and "Allahu Akbar" moments before the shooting began.  Investigators are looking into a possible "fake Facebook advert which offered free food at the McDonald's where a gunman killed the first of his nine victims."

According to an AP report released later that day, the assailant was an unnamed 18-year-old German-Iranian man who "opened fire in a crowded Munich shopping mall and a nearby McDonald's Friday night, killing nine people and wounding 16 others before killing himself."