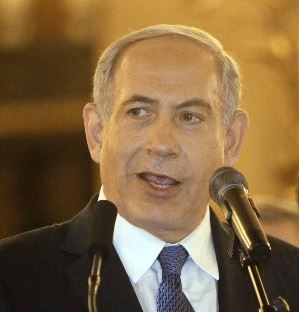 Allegations that a team of campaign experts who worked to re-elect President Obama have been sent to meddle in the re-election of Israel's Prime Minister Benjamin Netanyahu.

The iRumorMill.com crew has confirmed that these reports came from credible sources.

An inquiry has been launched by the Senate Permanent Subcommittee on Investigations to look into allegations of State Department grants adding up to $350,000 that went to a group called "Victory 15." This according to a March 16, 2015 article by the Hill, that said the group "is viewed as part of a broader effort to oust Netanyahu."

"Victory 2015," or "V15," is alleged to have hired the consulting firm 270 Strategies that is consists of mostly of former leaders who worked for the re-election campaign for Barack Obama in 2012.

According to January 26, 2015 article by Breitbart, a group of "up to five Obama campaign operatives has reportedly arrived in Israel to lead a campaign to defeat the Israeli Prime Minister in upcoming national elections scheduled for March 17."

Breitbart cited a report by Haaretz, a left wing newspaper in Israel, that said the group was reportedly headed by Barack Obama’s 2012 field director Jeremy Bird.

Netanyahu has been heralded as the Winston Churchill of our time.

According to a February 2, 2015 article by WND, Netanyahu's political party, the Likud, has called for Israel’s Central Elections Committee to outlaw V15′s activities to “ensure the integrity of the election.”   In a related article, a group spokesperson told World Net Daily that it was "primarily funded by an American billionaire and a Mexican entrepreneur who is a U.S. resident" and had ties with the U.S. State Department.