Reports alleging that under pressure from the environmental lobby, President Obama has barred oil exploration off the Atlantic Coast. 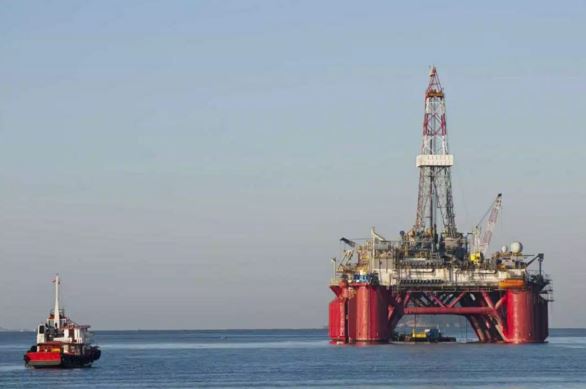 The reports are real according to a March 15, 2016 article by Bloomberg, which said, "The Obama administration is reversing course on opening Atlantic waters to a new generation of oil and gas drilling, after a revolt by environmentalists and coastal communities that said the activity threatened marine life, fishing and tourism along the U.S. East Coast."

Bloomberg said, "The Atlantic pullback is a major blow to the oil industry, delivered by a president who once promised an all-of-the-above approach to energy but is now moving aggressively to advance renewable power and cut the greenhouse gas emissions tied to burning fossil fuels." Drilling was discontinued on the U.S. Atlantic coast decades ago because of the high cost to develop the resources.  Energy companies were looking to reopen operations to supplement the decline of oil produced onshore.

Bloomberg reported that the South Carolina, Georgia, Virginia, and North Carolina governors were hoping offshore drilling would improve the economy in the area by creating new jobs.

The article said, "Environmentalists hailed the decision Tuesday as a victory for whales, sturgeon and other animals that live in the Atlantic -- as well as the fishermen, boaters and hotel operators whose lives and livelihoods are tied to those waters."

The Bloomberg graphic below shows the region of are proposed shut down: 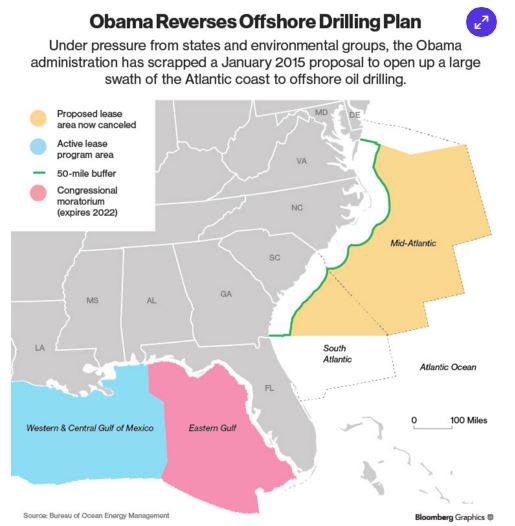