On Friday January 8, 2016, Philadelphia Police Officer Jesse Hartnett was shot by a man in a white robe. When captured the suspect told police that he shot the officer in the name of Islam.  Later, Mayor Jim Kenney made an official statement to the press and said, “In no way shape or form does anyone in this room believe that Islam or the teaching of Islam has anything to do with what you’ve seen on the screen.” Critics of the Obama administration are speculating that the Oval Office is trying to cover up a radical Muslim terror attack. 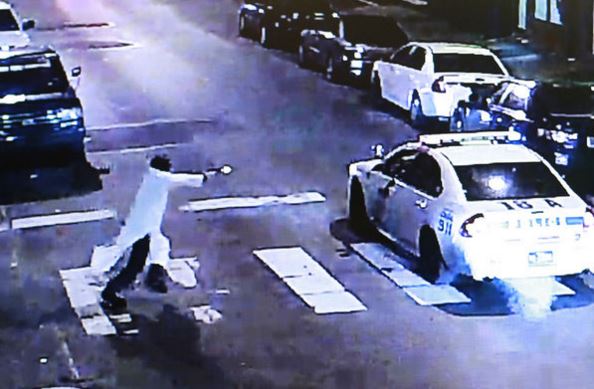 Robert Spencer of Jihad Watch reported the attack earlier and predicted that there would cover up from the Oval Office. Spencer wrote, “Not to worry. Obama and the Mayor of Philadelphia will find some way to explain that this has nothing to do with Islam.”

Mayor Jim Kenney made a statement to the press, according to the local CBS affiliate. Here is what he said in its complete context:

Kenney said, “In no way shape or form does anyone in this room believe that Islam or the teaching of Islam has anything to do with what you’ve seen on the screen.” Mayor Kenney also said, “It is abhorrent. It is terrible and it does not represent the religion in any way, shape or form or any of its teachings.” Kenney continued, “This is a criminal with a stolen gun who tried to kill one of our officers. It has nothing to do with being a Muslim or following the Islamic faith.”

The iRumorMill crew is looking further into this conspiracy theory and will be contacting the White House to ask if they told Mayor Kenney to downplay the attack.  We will report findings here when they develop.