Reports that allege Senator Rand Paul (R-Ky.) said that he voted against the $1.1 trillion government spending bill that was recently passed by Congress because nobody had a chance to read it prior to the vote. 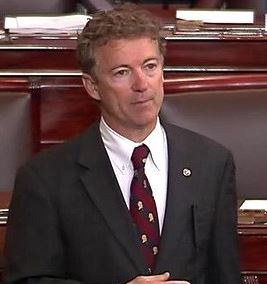 Senator Paul refused to vote for the bill and during a radio interview said, “It was over a trillion dollars, it was all lumped together, 2,242 pages, nobody read it, so frankly my biggest complaint is that I have no idea what kind of things they stuck in the bill.”

Paul said that the bill was presented to him to look over the day before he was to vote for it and added, "this is not a way to run government."

"It’s a part of the reason why government is broke,” told the listeners of New York's AM 970 The Answer.

This was the same manner which the Affordable Care Act was run through the Legislature and now the American tax payer is levied with IRS penalties for not enrolling with Obamacare health care policies.