Senator Reid Calls on Rubio to Resign from Senate 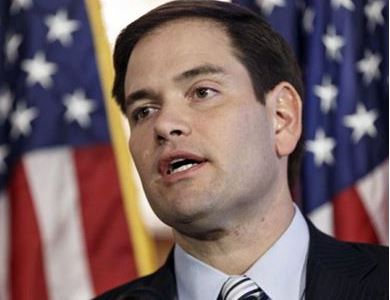 Senator Harry Reid  is not happy with Marco Rubio's attendance. This according to an October 29, 2015 article by The Hill, which said he made the comment, after a Florida Sun Sentinel editorial "called for Rubio to step down if he intended to continue to miss votes while running for president."

Senator Harry Reid (D-Nev.) was interviewed by Politico and told the reporters, “Why should the taxpayers of this country and people of Florida put up with having only one senator? Doesn’t seem fair to me.”

The Rubio campaign was quick to fire back a response. According to a October 30, 2015 article by Fox News, Alex Conant, a spokesman for Rubio told reporters, “I must have forgotten Harry Reid similarly calling on Barack Obama to resign the Senate when he missed even more votes to run for president.”  The article also said, "Rubio sent out a fundraising email on Friday calling Reid’s comments 'utter hypocrisy.'”

The Hill reported that Rubio was not the first member of the Senate to miss voting sessions while on the Oval Office campaign trail.  The article said "Secretary of State Kerry, who ran in 2004, and President Obama, who ran in 2008, missed more votes" than Rubio.  In 2008, Sen. Barack Obama (D-IL.) In 2008 Barack Obama was present at voting sessions 30 - 40 percent during his presidential campaign.

The hoopla came to the publics eye when Jeb Bush called Rubio on the carpet over his attendance record during the October 28, 2015 GOP presidential debate. Rubio responded by recalling 2008 election when Sen. John McCain (R-Az.) was making his White House bid, “I don’t remember you ever complaining about his voting record, the only reason you’re doing it is because we’re running for the same position and you’re convinced that attacking me is going to help you.”