More than 100 Murders Attributed to Illegals released by Obama

Reports alleging that more than 100 illegal aliens caught and released by the Obama Administration went on to commit murders in U.S. 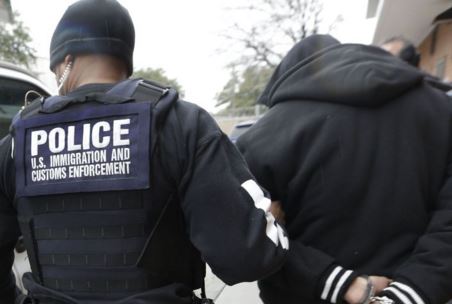 The reports are real according to The Center for Immigration Studies (CIS), who released an article on March 14, 2016. Responding to Congressional investigation, CIS said, the U.S. Immigration, Customs Enforcement agency (ICE) released a report on criminal convictions of the illegal aliens who the agency had released since 2010. ICE "provided information on aliens who were charged with homicides after being released and aliens who were released multiple times by ICE."

The CIS report went on to say, "The criminal aliens released by ICE in these years — who had already been convicted of thousands of crimes — are responsible for a significant crime spree in American communities, including 124 aliens charged with 135 new homicides."

ICE has been "choosing to release some criminal aliens multiple times," the CIS alleged.

The Washington Times also released an article on Jun. 15, 2015, warning that violent criminals were being captured and released by immigration officials.  The article said, "More than 100 immigrants whom the Obama administration released back into the community went on to be charged with subsequent killings, according to government data released Monday that raises more questions about whether immigration authorities are doing enough to detail illegal immigrants awaiting deportation."

The Times reported, "121 immigrants who were held but eventually released by ICE went on to commit 'homicide-related offenses' from 2010 through 2014."  U.S. Immigration and Customs Enforcement acknowledged a problem with not being able to check a detained illegal immigrant for a history of death threats and court injunctions against them. If the system were to flag such incidents, the illegal would still be detained.

Other violent crimes attributed to released illegals sent the statistics even higher.

The Judicial Watch organization released a report on May 13, 2014 which said, "The crimes committed by illegal aliens released from federal custody include homicide, sexual assault, theft, kidnapping and alcohol-related driving convictions."

What is startling about this report is is that some of the released illegals in 2013 were charged with multiple crimes.

Judicial Watch said, "In all, Immigration and Customs Enforcement (ICE) freed 36,007 aliens convicted of 88,000 crimes from detention centers throughout the United States, according the breathtaking agency records, which were obtained this month by a nonpartisan research center dedicated to studying immigration issues."

Lesser offence convictions committed by thousands of other released illegals were also reported by Judicial Watch. "Those offenses include extortion, embezzlement, arson, domestic violence, property crimes, larceny, burglary, intimidation, obstructing police, weapon offenses, forgery, obstructing the judiciary and a variety of fraud."  Those who take the time to read the entire list may find it difficult to imagine that the government would even consider freeing these offenders.