Allegations are flying on the Internet saying that President Obama blackmailed Justice John Roberts to say his decision on recent Obamacare case before the Supreme Court.

iRumorMill.com Determination: Unproven and Under Investigation. 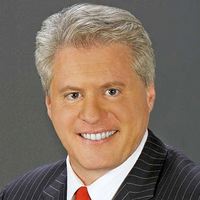 The source for this unproven conspiracy theory is a June 25, 2015 article by Wayne Root. The article was found on Glenn Beck's website, "The Blaze."

Root wrote, "Has Supreme Court Justice John Roberts been blackmailed or intimidated? I would put nothing by the Obama administration that lives and rules by the Chicago thug playbook."

Root is a Libertarian Vice President nominee and former CNBC host who gained notoriety by attending Columbia University at the same time as Barack Obama and writing a critical article (dubbed by both liberals and conservatives as the "Root Rant") about never meeting or seeing the man who would someday be President of the United States.

Considering Root studied political science and Obama studied law while at Columbia it might be easy to miss each other in a student body of near 20,000.

The Root Rant also alleged that Obama went under the name of Barry Soetoreo while at Columbia.

The iRumorMill.com crew found a graduation program from Columbia University in 1983, which includes both "Barack Hussein Obama" as well as Wayne Allyn Root on the roster.

The iRumorMill.com is investigating this and will post findings here as they develop.