Viral reports that Sen. Ted Cruz (R-TX) won all of Colorado’s 34 delegates without a single vote being cast by citizens. 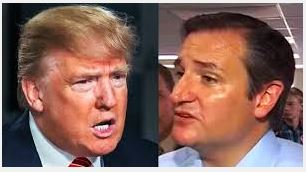 The reports are real according to an Apr. 10, 2016 article by the Denver Post, which said, "Colorado GOP leaders canceled the party's presidential straw poll in August to avoid binding its delegates to a candidate who may not survive until the Republican National Convention in July."

The Post reported, "Instead, Republicans selected national delegates through the caucus process, a move that put the election of national delegates in the hands of party insiders and activists — leaving roughly 90 percent of the more than 1 million Republican voters on the sidelines."

Donald Trump responded with a tweet on his Twitter feed, "The people of Colorado had their vote taken away from them by the phony politicians. Biggest story in politics. This will not be allowed!"

Speculators wonder if there a conspiracy to block Trump from the needed delegates to win the primary election.