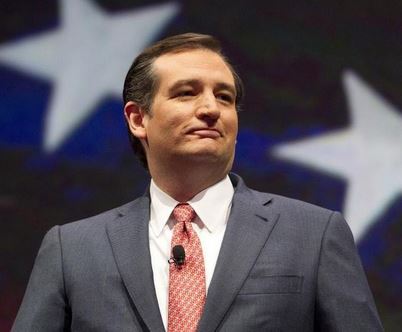 According to a March 23, 2015 article by ABC News, Cruz made his announcement via Twitter shortly after midnight today. He is the first politician to make a formal bid for the Oval Office. Cruz made an official televised statement at Liberty University later that day.

In a video linked to his Twitter account, Cruz said, “It’s a time for truth, a time to rise to the challenge, just as Americans have always done. I believe in America and her people and I believe we can stand up and restore our promise.” The Republican senator added, “It’s going to take a new generation of courageous conservatives to help make America great again and I’m ready to stand with you to lead the fight.”

Cruz is best known for his filibuster against the Affordable Care Act, which lasted over 21 hours.

At Liberty University, Cruz listed some of his campaign promises, "repealing Obamacare, abolishing the IRS, establishing a flat tax, securing second amendment rights, protecting the border, doing away with 'every word of Common Core,' defending 'the sanctity of human life' and upholding 'the sacrament of marriage,' standing 'unapologetically' with Israel." This according to a March 23, 2015 article by the National Journal.

In a related story, questions have been raised about the citizenship of Senator Cruz. The iRumorMill.com crew has a report posted on this site. Click here for report.