White House: ISIS Extermination of Christians Not Yet Called "Genocide"

White House spokesman Josh Earnest said the Obama Administration will not label the Islamic State’s (ISIS) persecution of Christian minorities in Iraq and Syria a genocide. 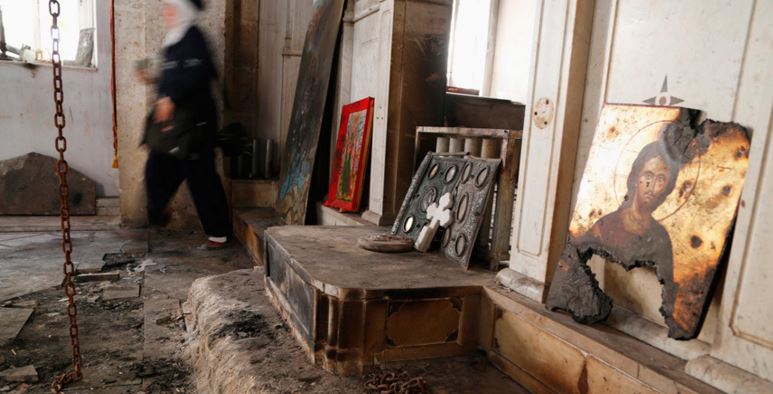 During the Feb. 29, 2016, White House Press Secretary Josh Earnest was "asked whether Islamic State (IS, formerly ISIS/ISIL) is practicing genocide in its extermination of Christians in Syria and Iraq."  Earnest told reporters, “My understanding is the use of that word involves a very specific legal determination that has at this point not been reached."  This according to a March 2, 2016 article by Reuters. The transcript of the press conference was also found on the White House website.

The Reuters article said, "[according] to a European Parliament resolution adopted in April 2015, “Christians are the most persecuted religious group; whereas extremism and persecution of this nature is emerging as a significant factor in the growing phenomenon of mass migration; whereas according to data the number of Christians killed every year is more than 150,000.”

When queried as to the reluctance of the Obama Administration in using genocide to define the murders, Earnest told reporters, "My understanding is, the use of that word involves a very specific legal determination that has at this point not been reached.  But we have been quite candid and direct exactly about how ISIL’s tactics are worthy of the kind of international, robust response that the international community is leading.  And those tactics include a willingness to target religious minorities, including Christians."

In the United Kingdom, a group of more than 60 members of Parliament and peers wrote a letter to Prime Minister David Cameron to urge "him to reach an agreement with the United Nations to [recognize] the atrocities committed by Isil as genocide."  This according to a Dec. 21, 2015 article by Britain's Telegraph, which said, "there is sufficient evidence that Islamic State had carried out the slaughter of minorities and targeted Christian communities in Iraq and Syria."