A rare menu from the Titanic that shows what the passengers ate on April 14, 1912 will be auctioned on September 30, 2015 via live online auction. 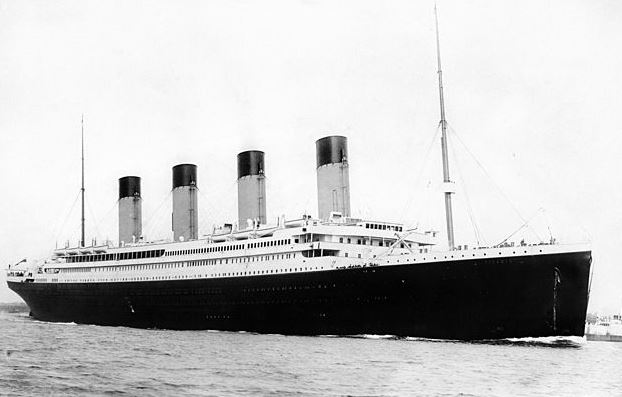 "The luncheon menu will be auctioned on 30 September by Invaluable, a live online auction house, along with a letter written by one of the ship’s survivors and a ticket from the Titanic’s Turkish baths weighing chair, used to measure a person’s weight." This according to a August 31, 2015 article by The Guardian.

The Guardian reported that passengers dined in an elaborate dining room on grilled mutton chops and custard pudding but iceberg lettuce was not served.

Abraham Lincoln Salomon was aboard the fatal ship as a first-class passenger and managed to pocket the menu, which was signed on the back by fellow passenger Isaac Gerald Frauenthal of New York. The Guardian speculated that the two passengers had dined together that day. The White Star Line ship "menu also included corned beef; mashed, fried and baked jacket potatoes; a buffet of fish, ham and beef; an apple meringue pastry; and a selection of eight cheeses." 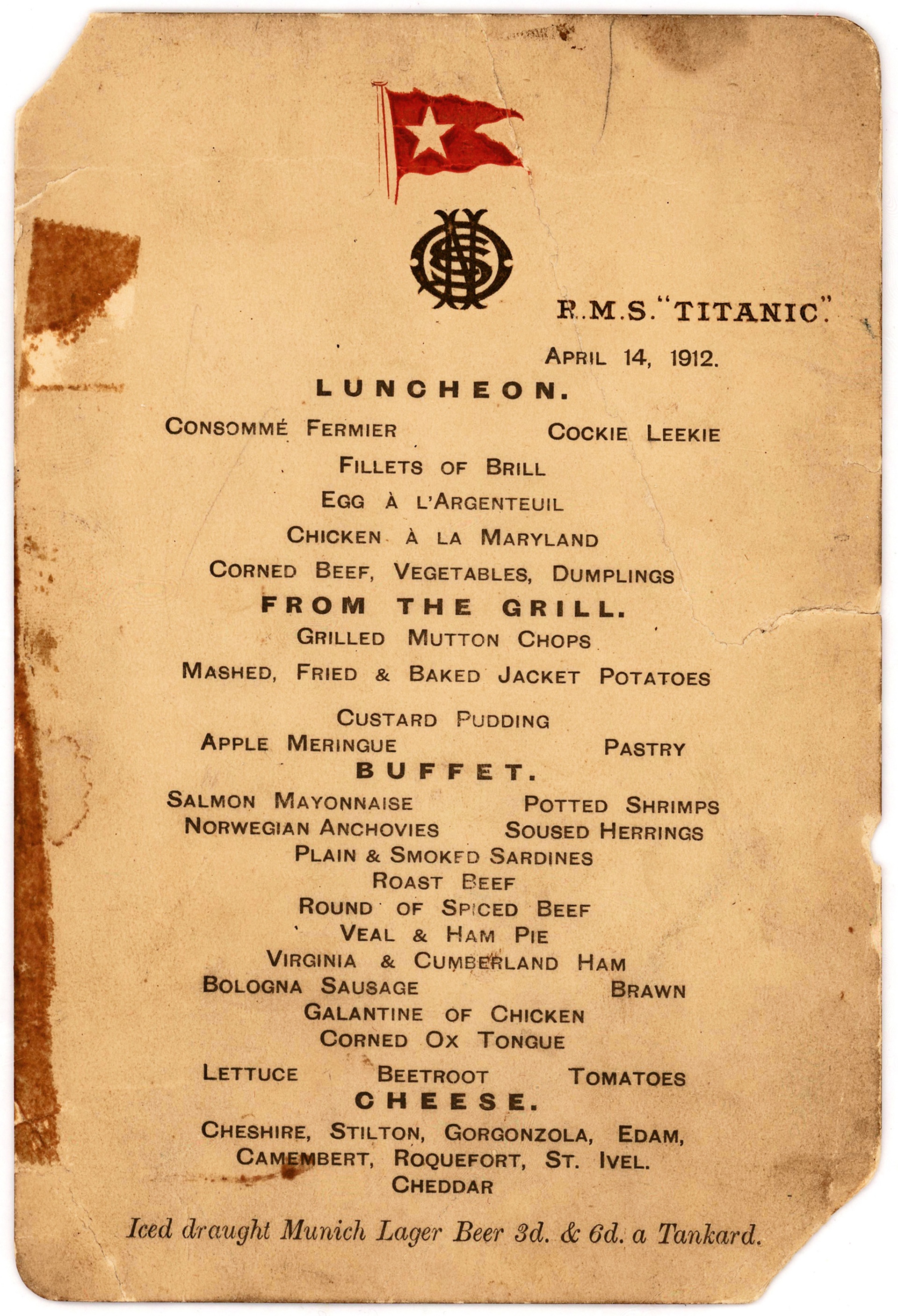 About 2 hours after the sinking the Cunard ship RMS Carpathia responded to the distress call sent out by wireless from the Titanic's call sign MGY and brought aboard 705 survivors. There were 2,224 passengers and crew on her maiden voyage and this turned out to be the deadliest maritime disaster in modern time.