Reports of anti-Trump protestors staging tantrums throughout the Golden State. 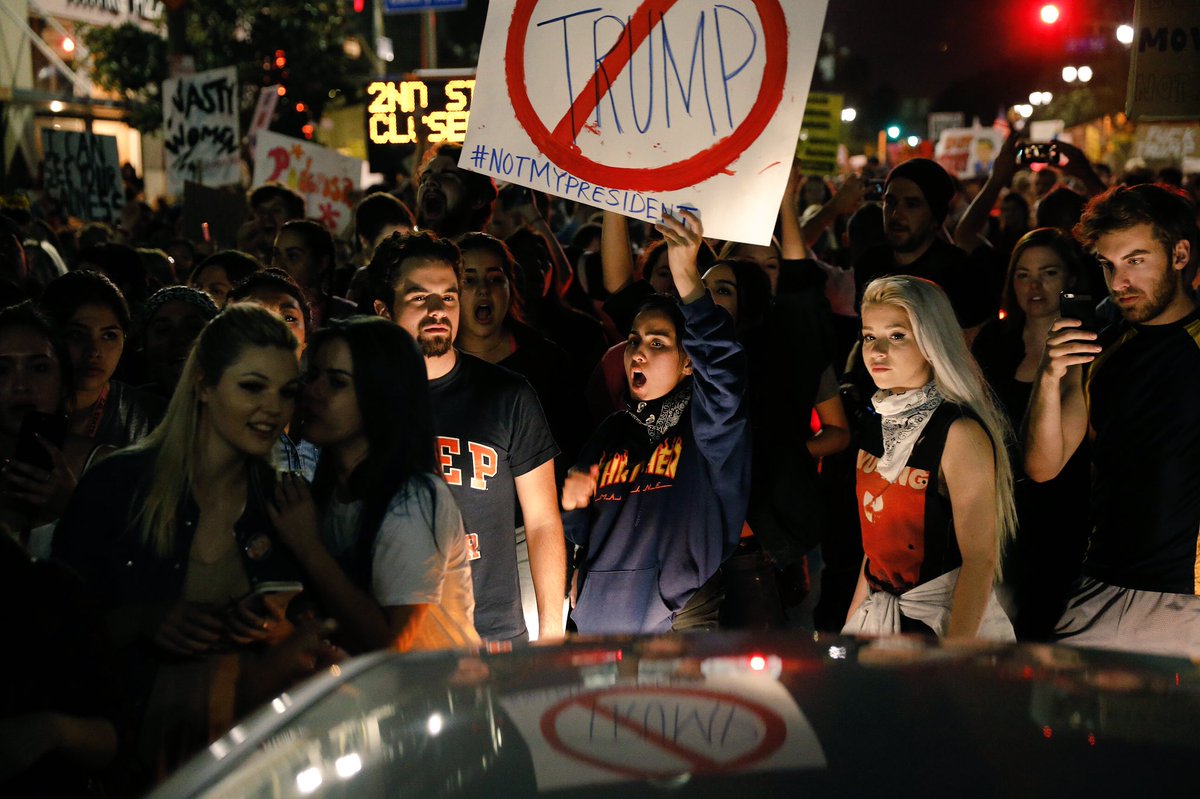 "Dozens were arrested during a second day of protests in California on Thursday as people from the Bay Area to Los Angeles took to the streets forcefully denouncing President-elect Donald Trump." This according to a Nov. 10, 2016 article by the Los Angeles Times.

The article said the Times contacted the Los Angeles Police Department and were informed that "28 people were arrested overnight for impeding traffic when hundreds of protesters poured onto the 101 Freeway."

To the South of Los Angeles in Orange County the Times reported a number close to 650 demonstrators in Santa Ana who "marched to Bristol Street and McFadden Avenue, where they squared off with police. A brick was thrown into a police cruiser, two other vehicles were damaged and two businesses were vandalized, said Santa Ana police Cmdr. Phil Craft." Officers defended themselves by firing bean bags at the unruly mob and 10 arrests were made.

Half way up the Golden State a group of 7,000 protesters in Oakland blocked traffic in the city streets and some vandalized cars and businesses. Some threw rocks and bottles at the police responding to the scene. Police managed to break up the crowd with tear gas and cited eleven protestors.

An off duty police officer who was present during the incident called a morning talk show on AM 870 The Answer and said law enforcement officers were greeted with profanities and death threats by the protesters.

Incidents of violent protests have been reported in other parts of the country.

Some Conspiracy Theorists are speculating that the protests are not organic.

The iRumorMill will be continuing our investigation. Related findings will be posted here.