Area 51 and The Government Cover Up

This page is dedicated to the mysterious restricted area in the Nevada desert known as "Area 51."

Area 51 lies within a region, called the "Nevada National Security Site," formerly known as the "Nevada Proving Grounds."  This area was cordoned off by the U.S. Government for the testing of nuclear bombs. The U.S tested nuclear weapons here from 1951 to 1992. 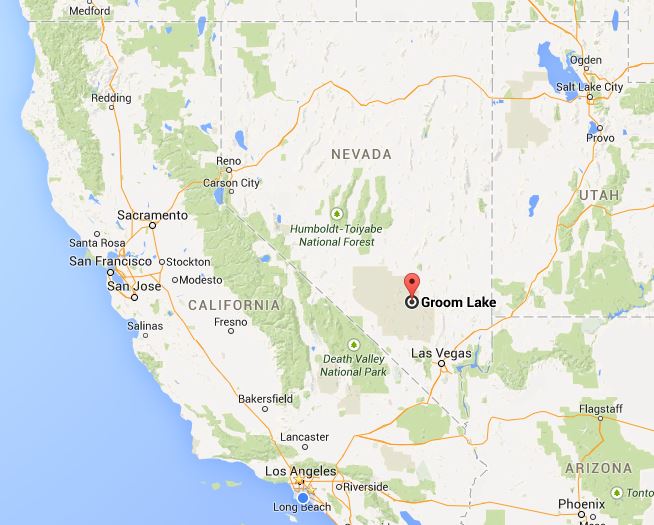 Because of various levels of radio activity, which could result in death or harm to human and animal life, it was normal protocol to restrict civilians from the area. On the occasion of the 17th nuclear test protocols were eased up. The government allowed television cameras and crew from KTLA of Los Angeles to transmit the live test from a distance at a observation point on Mount Charleston. Click here for video.

Among the conspiracy theories surrounding area 51 is the alleged 1947 UFO crash in Roswell, New Mexico. Theorists believe that the alien survivors of the crash and their spaceship were transported from Roswell to Area 51 where scientists could reverse engineer alien technology into something that the U.S. Military could use.

This rumor went viral in 1989 after a contract worker, Robert Lazar, was interviewed by KLAS-TV investigative reporter George Knapp in  Las Vegas.


Recently, Los Angeles Times reporter Annie Jacobsen reported in her book about Area 51 that an unnamed source told her that the crash was actually a Horten Brothers HO 229 Flying wing that was acquired by Russia and made to look like a UFO. Strapped in the cockpit were a couple of dead soldiers who were allegedly altered by Nazi Dr. Josef Mengele to appear like aliens. Jacobsen said that her source was an engineer with a top secret clearance who worked at Area 51 and had also worked for the top secret Manhattan Project that developed the atomic bomb.  The  source believed that the Soviets sent this craft to the US to spark a panic similar to the frenzy when America heard the Orson Wells production of "War of the Worlds."  Click here for video.

Video of U.S. Army forces discovering the Horten HO 229 was found on YouTube:

Several aircraft companies, including Lockheed and Hughes, were involved in "Black Projects" at Area 51. The Cold War was in bloom and the U.S. needed aircraft that could fly at extreme high altitudes to photograph facilities over the Soviet Union.

The first aircraft arrived in Area 51 in 1957, was made by Lockheed Skunk Works and was referred to as code name "AQUATONE." At first, the U2 aircraft was not part of the U.S. Air Force (USAF) fleet, but solely used by the Central Intelligence Agency (CIA) for intelligence gathering. The U2 could fly at an altitude of 70,000 feet the earliest models were powered by Pratt & Whitney J57 turbojet engines. The plane was 63 feet long, had a wing span of 103 feet and could reach a top speed of 475 miles per hour. Later in her career, the U2 would be known as "The Dragon Lady" by the Air Force.

On May 1, 1960, CIA pilot Francis Gary Powers was shot down over Russia while conducting an aerial reconnaissance mission. Powers took off from a secret CIA facility in Pakistan, flew over the Soviet Union to photograph missile launch facilities. Soviet radar detected his aircraft and counter measures were launched at Power's U2. The aircraft was hit by a S-75 Dvina surface-to-air missile and Powers was forced to bale out.  Powers was captured when his parachute landed and was charged wit espionage. He was sentenced to a total of ten years and in 1962 got his freedom after a prisoner exchange for Soviet KGB Colonel Vilyam Fisher. Powers returned home but not to a hero's welcome because of the classified nature of his mission. Lockheed hired Powers as a test pilot and he worked for the corporation from 1963 to 1970. Powers was later hired by NBC to pilot their helicopter. He died after covering a brush fire when his aircraft ran out of fuel and crashed in recreational area near Encino, CA.

In 1998 the CIA declassified Project AQUATONE and Powers was posthumously awarded a Prisoner of War Medal, a Distinguished Flying Cross, and a CIA Director’s Medal in 2000.

The nuclear proving grounds of the Nevada desert turned out to be the logical hiding place for the home base of spy planes. Guards posted in the outer perimeters would keep the curious with little or no explanation. Many believed the government was hiding the remains of alien space craft in the mysterious desert base.  Over a period of many hears some people were sneak past security to report strange sighting of unidentified flying object in the sky over Area 51. 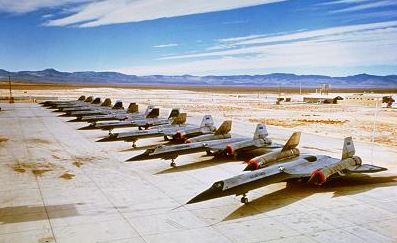 Three years before the shooting down of Gary Power's U2, the CIA realized that it needed an aircraft to fly higher and much faster to avoid detection by the Soviet Union. Lockheed built the A-12 aircraft to fly at 90,000 feet at Mach 3.2. The plane became the technological foundation for the B-70 and the many air craft to follow. The identity of the pilots were held secret until the project was declassified in the 1980's and were only know as "secret heroes of the cold war."

According to the CIA, the Oxcart was first deployed in 1967, conducting missions not only over the former Soviet Union but Viet Nam.

Back in the 1960's, CBS reporter and anchor man Walter Cronkite told his television audience that the CIA has been collecting Area 51UFO reports.

Today, thanks to the release of classified documents many can understand why this proved to be an excellent cover story for their private air force of spy planes.

The iRumorMill.com crew is following this story and will continue to post findings here as we get them. 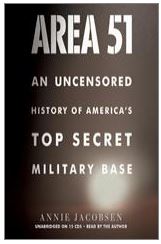 You can order a copy of the audio book "Area 51: An Uncensored History of America's Top Secret Military Base"

by Annie Jacobsen at: AudiobooksNow.com

To find this book at the online store simply search "AREA 51."