Trump: Soldiers Who Died in War Are ‘Losers’ and ‘Suckers’

The Atlantic article that alleged President Trump disrespected dead soldiers while on a 2018 trip in France. The article alleges that the President cancelled this trip to Belleau Wood on account that he "feared his hair would become disheveled in the rain." 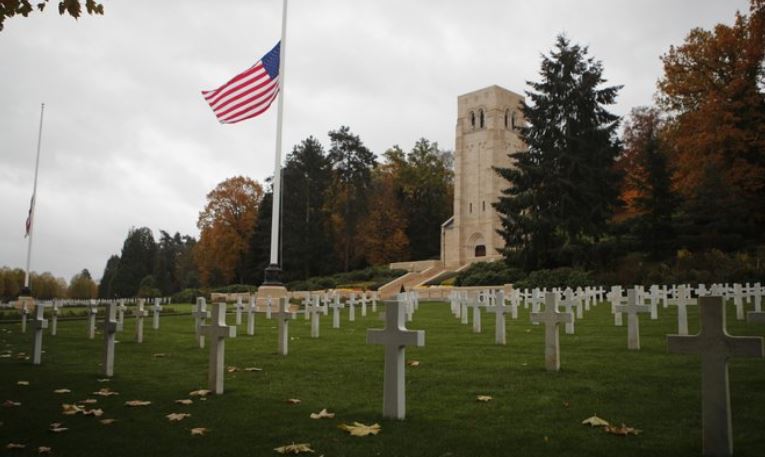 The Atlantic is a left leaning publication and the sources for these allegations were anonymous. The article omitted to cite sources, saying that they "spoke on condition of anonymity."

Speculators are questioning the credibility of the allegations.

White House spokesperson, Alyssa Farah, responded to the Atlantic by email shortly after this story was released: “This report is false." Farah continued, "President Trump holds the military in the highest regard." The Whitehouse spokesperson said of the President, " He’s demonstrated his commitment to them at every turn: delivering on his promise to give our troops a much needed pay raise, increasing military spending, signing critical veterans reforms, and supporting military spouses." Farah drove the point home, "This has no basis in fact.”

"Former White House national security adviser John Bolton said in comments published Friday that he never heard President Trump refer to slain American soldiers buried at a French cemetery as 'losers' and 'suckers.'" This according to a Sep 04, 2020 article by the Hill. The Hill reported, "Bolton's remarks came after Trump himself denied any allegations of disrespectful comments toward American soldiers killed in action, which were first reported by The Atlantic's editor in chief Jeffrey Goldberg."

According to a November 11, 2018 article by the Associated Press, President Trump's helicopter was grounded on account of bad weather. Nobody questioned the reason at the time as it was raining and the area was experiencing winds between 10 to 14 MPH with a 10 mile visibility.