On June 27, 2016 the Select Committee released an 800 page report on the Sept. 11, 2012 terror attack on a U.S. Consulate facility in Benghazi where Ambassador Christopher Stevens and 3 other Americans were killed. 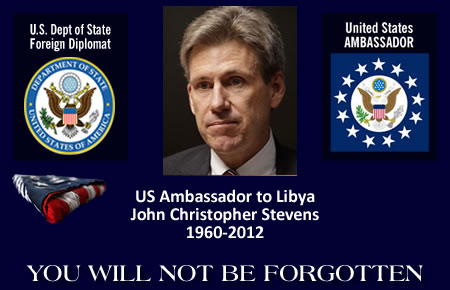 The report is real, took two years to investigate and preliminary information can be found posted on a Congressional website: http://benghazi.house.gov/NewInfo.

Committee Chairman Rep. Trey Gowdy (R-SC) expressed concerns "that one of the final hurdles to releasing a final report from the House Select Committee on Benghazi is an ongoing negotiation with the Obama administration over how much of the report should be classified." This according to a June 23, 2016 article by the Washington Examiner.

The report casted blame on the Obama administration for a timely response to the attack on the facility. The administration was reluctant to call this a terrorist attack and blamed an Anti-Muslim video released on the Internet as the cause for the riot on the U.S. Consulate facility.

Rep. Peter Roskam (R-IL) released a video on the report:

In response to the report, Hillary Clinton dismissed it as conspiracy theories and said, "“it's time to move on.” This according to a June 28, 2016 article by The New York Times.

The iRumorMill.com crew will be posting further information and findings on this page as they develop.