During the Dec. 19th, 2015 Democratic presidential debate Hillary Clinton made a statement about how the comments against Islam and Muslims by Donald Trump were being used by Isis to recruit more radical jihadists." 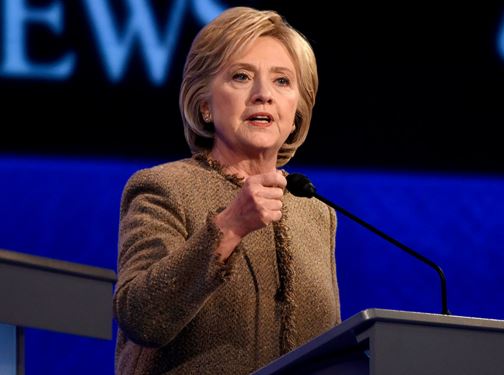 Hillary Clinton did make an unproven assertion during the political debate. She said, "We also need to make sure that the really discriminatory messages that Trump is sending around the world don't fall on receptive ears." Clinton continued, "He is becoming ISIS's best recruiter. They are going to people showing videos of Donald Trump insulting Islam and Muslims in order to recruit more radical jihadists."

This comment caught the attention of many fact checkers and according to a Dec. 19, 2015 article by the Tampa Bay Times, "The Clinton campaign did not provide any evidence that this is already happening -- only that it could be happening, or that it may in the future." The Tampa Bay Times Politifact Checkers ruled this statement as "false.

The Politifact checkers did some extensive Google searches looking for the Trump-Isis recruitment videos and could find no evidence. The checkers then sought out to locate Clinton's sources and what was uncovered was speculation.

The Clinton campaign told NBC that they quoted Rita Katz of the SITE Intelligence Group. SITE monitors Islamic terrorist group activities on social media. Katz said, "They love him from the sense that he is supporting their rhetoric." She added, "They follow everything Donald Trump says. When he says, 'No Muslims should be allowed in America,' they tell people, 'We told you America hates Muslims and here is proof.'"

The director of the Program on Peace-Building and Rights at Columbia University's Institute for the Study of Human Rights, David Phillips, was also cited as a possible source by the Clinton campaign. "Trump's incendiary anti-Muslim comments will surely be used by ISIS social media to demonize the United States and attract recruits to fight in Iraq and Syria."

The Tampa Bay Politifact checkers noted "For now, it seems that Clinton has turned speculative left-of-center rhetoric into fact."

CNN managed to find "video purportedly by Somali terrorist group al-Shabaab" that mixed footage from the civil rights with "audio of 2016 presidential candidate Donald Trump to label the United States a racist society." This according to a Jan. 2, 2016 article by CNN, which included "recent footage of police shootings and violence against African Americans in Ferguson, Missouri, and Baltimore -- and claims that this is what is in store for American Muslims." The al-Shabaab militant group is an East African jihadist terrorist group that pledged allegiance to Al-Qaeda and ISIS.

The article also said that "CNN cannot independently confirm the authenticity of the video."