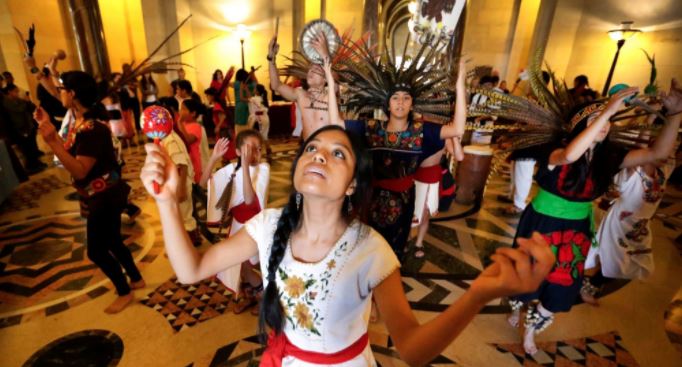 The Los Angeles City Council voted "to eliminate Columbus Day from the city calendar, siding with activists who view the explorer as a symbol of genocide for native peoples in North America and elsewhere." This according to an Aug. 30, 2017 Los Angeles (LA) Times article, which said, "the council made the second Monday in October a day in L.A. to commemorate “indigenous, aboriginal and native people.”

Councilman Mike Bonin, a great-grandson of Italian immigrants who represents coastal neighborhoods from Westchester to Pacific Palisades, was on hand to give his perspective. "This gesture of replacing Columbus Day with Indigenous Peoples Day is a very small step in apologizing and in making amends."

Los Angeles is not the only U.S. city to drop Columbus Day from their official calendar. The LA Times said, "Seattle, Albuquerque and Denver — have already replaced Columbus Day with Indigenous Peoples Day." 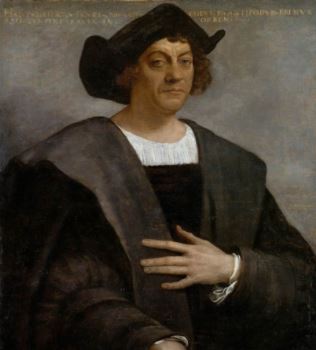 Fox News' Tucker Carlson interviewed Joe Piscopo about the Los Angeles proposal and how plans are being made to tear down a statue of Columbus in New York City.

When talking to several people in the LA area about this change, the iRumorMill.com crew noticed that there were several misconceptions surrounding Columbus, which many were taught at an early age.

This is a myth after it was discovered that Leif Erikson (b. 970 - d. 1020), a Norse explorer from Iceland, ventured across the Atlantic to the Continent of North America.

"In fourteen hundred and ninety two, Columbus sailed the ocean blue," is how children in class rooms would begin reciting a poem dedicated to Columbus. The memorization of "In 1492" by an unknown author was dropped eventually from the public school curriculum. It may be the origin of many of the myths surrounding Columbus.

IN 1492 (source: http://www.teachingheart.net/columbus.htm) In fourteen hundred ninety-two Columbus sailed the ocean blue. He had three ships and left from Spain; He sailed through sunshine, wind and rain. He sailed by night; he sailed by day; He used the stars to find his way. A compass also helped him know How to find the way to go. Ninety sailors were on board; Some men worked while others snored. Then the workers went to sleep; And others watched the ocean deep. Day after day they looked for land; They dreamed of trees and rocks and sand. October 12 their dream came true, You never saw a happier crew! "Indians!  Indians!"  Columbus cried; His heart was filled with joyful pride. But "India" the land was not; It was the Bahamas, and it was hot. The Arakawa natives were very nice; They gave the sailors food and spice. Columbus sailed on to find some gold To bring back home, as he'd been told. He made the trip again and again, Trading gold to bring to Spain. The first American?  No, not quite. But Columbus was brave, and he was bright.

Many were taught Columbus used this word to describe the indigenous people of the Island of Hispaniola where he landed because he thought he had landed in India. Columbus crossed the Atlantic to seek a new route to the Indies an area consisting of China, Japan, India and Indonesia.

The name for the land we know today as the Republic of India  (Bhārat Gaṇarājya) was not called by that name in 1492. Persian explorers gave the land the name of "Hindustan" after the Indus River. This name dates back to 3 B.C.E. It was not until much later when the land was referred to as India and on January 26 1950 officially took on the name "Republic of India."

The Italian explorer, Cristobal Colon (AKA Christopher Columbus) did not speak English, therefore he would never have coined the word "Indian" for the people he encountered in the New World. The term he used was "INDIOS," which is a Spanish short version for the "indígena," the Spanish word for Indigenous. The Spanish meaning of the "INDIOS" is also short for "Children of God." It is doubtful that the word was intended to be derogatory.

The word "Indian" would have been created by a translator converting Spanish to English.

There are also allegations that Columbus practiced violence and slavery on the indigenous people, forced native peoples to convert to Christianity, and introduced new diseases from Europe to the New World. The iRumorMill.com crew is looking into these and will post findings on this page as they develop.