When George Floyd's preliminary autopsy was released, Andrew Baker, the Hennepin County Medical Examiner, ended up in the hot seat.  Months after Antifa riots left towns all over the U.S. in shambles with burnt buildings and boarded up windows people are just learning that George Floyd may have died from cardiovascular disease and high levels of Fentanyl in his system. 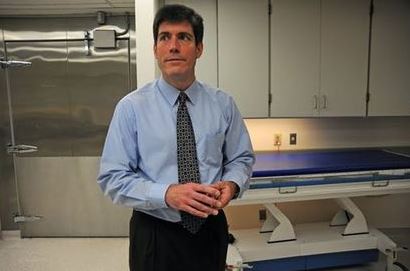 According to several news sources, there was new medical examination findings submitted but it is confusing whether these were preliminary notes taken by prosecutors or authentic reports by Dr. Andrew Baker.

Here is what we know so far.

"Nationwide, people expressed outrage when prosecutors released the preliminary findings of George Floyd’s autopsy, highlighting cardiovascular disease and 'potential intoxicants' in his system, as if those factors might explain his death as police officers pinned him to the ground." This according to a June 19, 2020 article by Star Tribune, which said, "The findings contained just one mention of physical trauma, noting that Floyd’s body showed no signs of asphyxia or strangulation."

The article said Baker was still working on the autopsy when the preliminary findings were released. These findings the article said, "were summarized by prosecutors in the initial charging documents against former officer Derek Chauvin, the veteran Minneapolis police officer."  Baker released his findings five days later, ruling "Floyd’s death a homicide, finding­ that the officers killed him by subduing him, restraining him and compressing his neck."

The Minnesota Judicial Branch has records of the case posted on their website but all resources are sealed.

On June 11, 2020 the Star Tribune reported, "The Hennepin County Board reappointed Dr. Andrew Baker as the county’s chief medical examiner, despite some controversy over his recent autopsy report on George Floyd." The vote was 5-2.

The full autopsy can be view at the Hennepin County Website.

Toxicology section of the report shows evidence of drugs in Floyd's system at the time of his death. 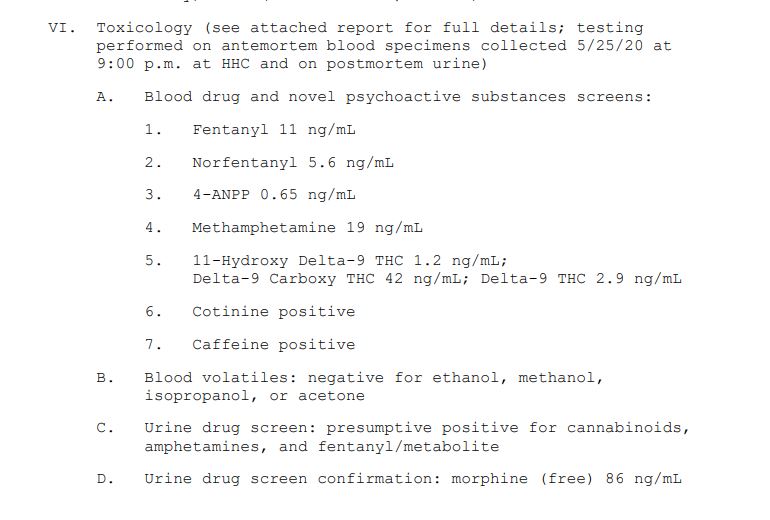 The iRumorMill.com crew will post more findings here as they develop.