The people who have worked around Hillary Clinton alleged of her temper outbursts. Meanwhile Clinton accuses Donald Trump of being too "thin-skinned and quick to anger" to have his finger on the button. 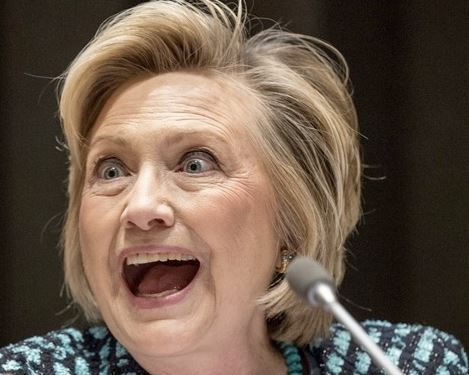 The article said that Byrne appeared on the Fox News Sean Hannity program to discuss "Hillary Clinton's temperament, her 'terrified staff,' Bill Clinton carrying on affairs, drug use in the White House."

This is not the first time word of the former First Lady's tantrums and behavior has hit the public's eye. In 2010 Ronald Kessler released a book, "In the President's Secret Service: Behind the Scenes with Agents in the Line of Fire and the Presidents They Protect Paperback." In it he interviewed Secret Service agents who said Hillary Clinton was rude to them and had emotional outbursts.  Kessler's latest book, "The First Family Detail: Secret Service Agents Reveal the Hidden Lives of the Presidents," looks further into the Clinton White House. The book's description says this about the Democratic hopefule: "Hillary Clinton is so nasty to agents, being assigned to her protective detail is considered a form of punishment and the worst assignment in the Secret Service."

The Hannity interview of Byrne was found on YouTube: