The controversy over Hillary Clinton's eMails received from her top aids and military leaders to her private server about the Benghazi attack. 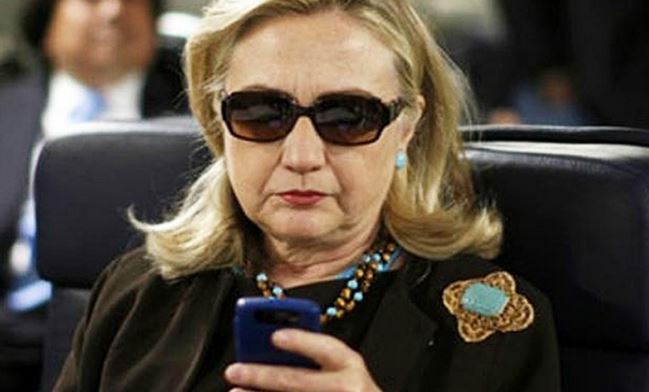 Hillary Clinton was appointed by Barack Obama to head the State Department and served as Secretary of State from January 21, 2009 to February 1, 2013.

Under her watch, two U.S. Consulate facilities in Benghazi were attacked by Islamic militants. This resulted in the death of the U.S. Ambassador to Libya, Christopher Stevens. Three other Americans were also killed during the incident, U.S. Foreign Service Information Management Officer Sean Smith, and two CIA contractors, Tyrone S. Woods and Glen Doherty. The attacks resulted in the injury of ten others.

Two years later Presidential candidate Hillary Clinton is dealing allegations that classified communications about the incident were sent and received on a private email server instead of a government server with proper protocols to safeguard the top secret information.

On August 19, 2015 Fox News reported that two emails containing classified military intelligence related to the Benghazi incident were identified on Clinton's server, one from Clinton's adviser Huma Abedin and aide Jake Sullivan. Both Abedin and Sullivan are currently employed by the 2016 Clinton presidential campaign.

In an August 17, 2015 CNN report, the State Department said that "Intelligence Community reviewers had completed a preliminary screening and determined that 'out of a sample of approximately 20% of the Clinton emails,' the reviewers have 'recommended 305 documents -- approximately 5.1% -- for referral to their agencies for consultation.'"

On August 5, 2015, Fox News contributor Judge Andrew Napolitano told Sean Hannity that he had the opportunity to examine Clinton's emails that were disclosed under the Freedom of Information Act. Napolitano told Hannity that Clinton is trying to "whitewash" her record as Secretary of State. The Judge also said that he saw classified locations of allied "French fighter jets during the NATO bombardment of Lybia", the size and location of the no fly zone, as well as the location of Ambassador Christopher Stevens.


In an August 21, 2015 Reuters exclusive the news agency reported that they found dozens of emails from Secretary Clinton that were "classified from the start."

The Reuters article said, "In the small fraction of emails made public so far, Reuters has found at least 30 email threads from 2009, representing scores of individual emails, that include what the State Department's own 'Classified' stamps now identify as so-called 'foreign government information.' The U.S. government defines this as any information, written or spoken, provided in confidence to U.S. officials by their foreign counterparts."

Reuters attempted to contact the Clinton campaign for an official statement but got no reply. Later that day, Hillary Clinton told reporters gathered at a Nevada campaign event, "I did not send classified material, and I did not receive any material that was marked or designated classified."

The AP article said, Clinton "never sought approval to conduct government business over private email, and never demonstrated the server or the Blackberry she used while in office 'met minimum information security requirements.'"

On July 5, 2016, FBI Director James Comey released a statement of the department's investigation. The investigation found that Secretary Clinton was extremely careless with the mishandling of classified information. Comey said she used numerous servers and when some servers were updated the software was removed but the emails were still on the servers. Comey also advised that no charges be brought up against the Democratic candidate.

On Oct. 28, 2016 the FBI announced the discovery of a "new trove of emails that appear pertinent to the now-closed investigation into Hillary Clinton’s private email server was discovered after the F.B.I. seized at least one electronic device shared by Anthony D. Weiner and his estranged wife, Huma Abedin, a top aide to Mrs. Clinton." This according to an Oct 28, 2016 article by the New York Times.

The article said the Bureau had been looking into allegations that former Democratic Congressman Weiner had sent illicit text messages to a 15-year-old girl.  The NY Times reported, "The bureau told Congress on Friday that it had uncovered new emails related to the Clinton case — one federal official said they numbered in the tens of thousands — potentially reigniting an issue that has weighed on the presidential campaign and offering a lifeline to Donald J. Trump less than two weeks before the election."

F.B.I. Director James B. Comey sent a letter to Congress to inform them "that emails had surfaced in an unrelated case, and that they 'appear to be pertinent to the investigation.'”

Mr. Comey wrote that "the F.B.I. was taking steps to 'determine whether they contain classified information, as well as to assess their importance to our investigation.'" The agency director added that he "did not know how long it would take to review the emails, or whether the new information was significant."

CNN Video of this report was found on YouTube:

Shortly after the news of the FBI's latest findings memes went viral on the Internet: 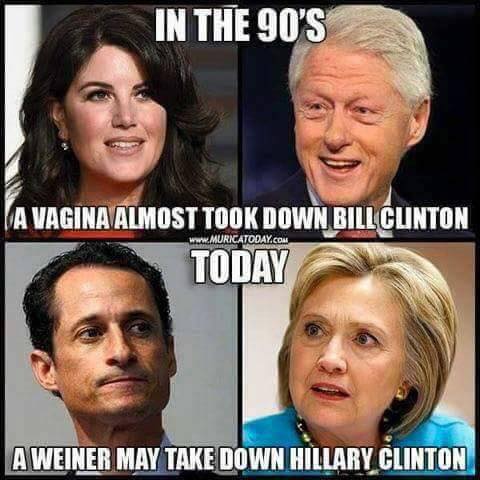 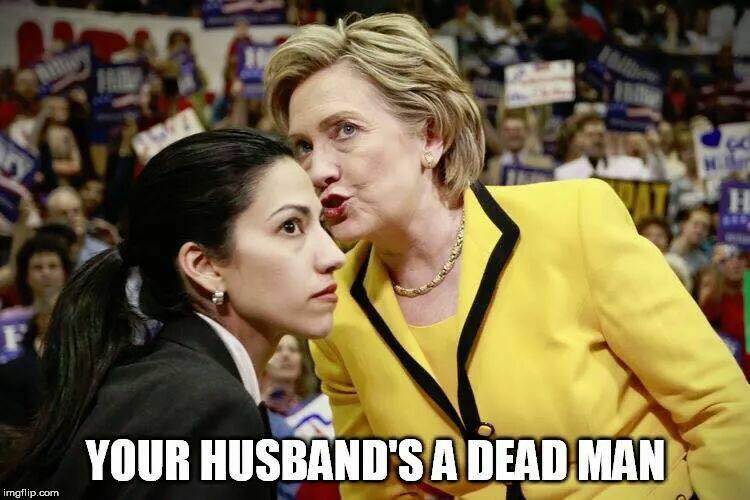 The iRumorMill.com Crew will continue to post findings on this page as they develop.