Allegations that the evidence that Hillary Clinton is a Socialist can be found in six quotes attributed to her:

We're going to take things away from you on behalf of the common good.

It's time for a new beginning, for an end to government of the few, by the few, and for the few...... And to replace it with shared responsibility, for shared prosperity.

We can't just let business as usual go on, and that means something has to be taken away from some people.

We have to build a political consensus and that requires people to give up a little bit of their own ... in order to create this common ground.

I certainly think the free-market has failed.

I think it's time to send a clear message to what has become the most profitable sector in (the) entire economy that they are being watched."

iRumorMill.com Determination: Taken out of context-but she could still be a Socialist

This has already been debunked by most of the fact checker and rumor investigation sites as words taken out of context from what was originally said by Hillary Clinton.

The rest of the quotes were were taken in a similar manner from different speeches and interviews.

The real conspiracy here is not Mrs. Clinton, however, but who is actually behind the original email that got sent into the Internet. Was it a conservative critic of Clinton and the left wing of the Democratic Party, or was it someone on the left who thought it would be a good idea to make conservatives look foolish for forwarding such messages without checking them?

But does this clear Hillary Clinton from being a Socialist?

In October 2014, Mrs. Clinton said, "Don’t let anybody tell you it’s corporations and businesses create jobs," to a group of voters at a political rally for Democratic gubernatorial candidate Martha Coakley.  Click here for iRumorMill.com report.

Critics of Mrs. Clinton speculated that she was promoting her socialist ideology once again to the American public.

Her views go back several decades.

In 1969, the future first lady wrote a  92-page Wellesley senior thesis on the theories of Saul Alinsky, author of Rules for Radicals, the manifesto for organizers on the Left.  According to NBC News, the writings were locked away and kept secret from the public by the Clinton Administration.

The iRumorMill.com obtained a copy in PDF format and the thesis can be read or downloaded by clicking this link. The file is over 7 megabytes long so it could take some time on some devices.

In 1971 the future Secretary of State also corresponded with Alinsky: 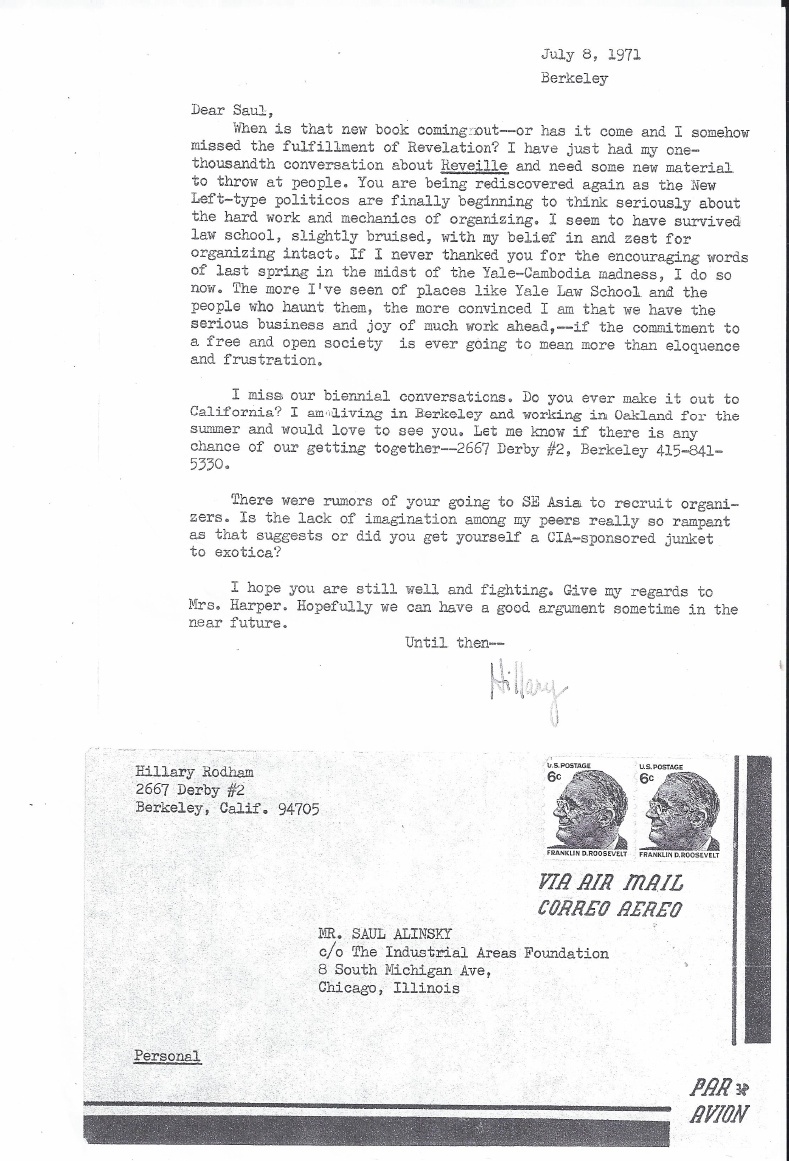