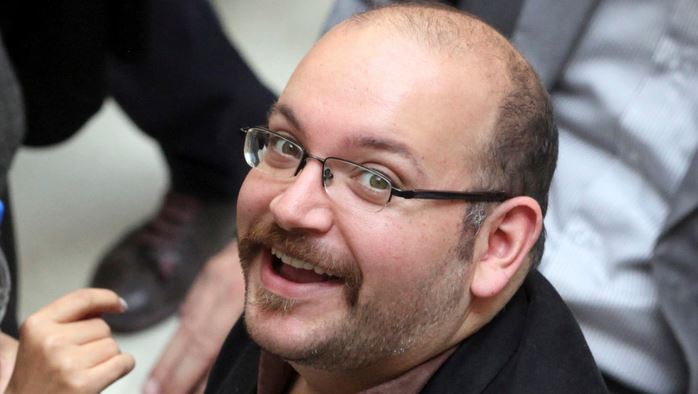 Update 01/24/16: On Jan. 16, 2016 Jason Rezaian was freed after spending 18 months in an Iranian prison. His release stemmed from a prisoner swap that was negotiated by the Obama administration.  This according to a Jan. 22, 2016 article by NBC. The article said, "Rezaian was sprung last Saturday along with Amir Hekmati, a former Marine who had been held since 2011, Saeed Abedini, a Christian pastor imprisoned since 2012, and Nosratollah Khosravi-Roodsari. The fifth prisoner, Matthew Trevithick, was released in a separately negotiated deal."

Jason Rezaian was found guilty by an Iranian court of espionage and now faces a prison sentence of 10 to 20 years. This according to an October 12, 2015 article by the Washington Post.

The article said Rezaian, had been "imprisoned in Tehran for more than 14 months" and that his trial ended last August.  The Post also reported, "Rezaian and The Post have strongly denied the accusations, and the prosecution has drawn wide-ranging denunciations, including statements from the White House and press freedom groups."

This has drawn much criticism of the Obama administration, who pushed through a nuclear deal with Iran while Rezaian had been confined, exceeding a period longer than the Iranian hostage incident.  The incident lasted 444 days, from November 4, 1979, to January 20, 1981.  Jimmy Carter was in the Oval Office during the hostage crisis. The hostages were released moments after Ronald Reagan was sworn into office and given his inaugural address.