Californians reported sighting a large and strange flash of light travelling across the Pacific Ocean on the evening of Saturday November 7, 2015. 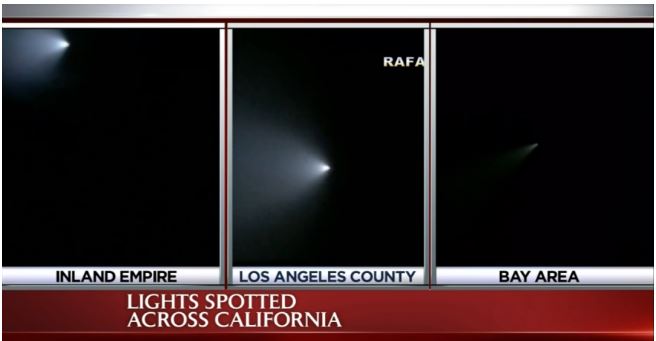 The strange moving light across the Southern California sky was an unarmed missile that was test-fired by the U.S. Navy. This according to a November 08, 2015 article by San Diego's Union Tribune who contacted the U.S. Navy and were told by a spokesperson, "Navy Strategic Systems Programs conducted the scheduled Trident II (D5) missile test flight at sea from the Kentucky, an Ohio-class ballistic missile submarine, in the Pacific Test Range off the coast of Southern California."

The spokesperson told the Union Tribune that U.S. Navy's Third Fleet were conducting a scheduled, on-going system evaluation test "to ensure the continued reliability of the system."

According to a November 9, 2015 article by the Los Angeles Times, Southern Californians were not made aware of the test because it was "top secret, and the military has released relatively little information." A public information officer told the LA Times that "notice was given to aviation officials and sailors in the area," but  no exact details of time and location of the launch were released.