On March 11, 2016  Omar Mateen opened fire on a GLBT nightclub in Orlando and managed to kill 50 people and would 53 others. In 2014 the Federal Bureau of Investigation interviewed the shooter three times regarding alleged terrorist ties. The media has called this the deadliest shooting in U.S. history but President Obama has yet to call it an Islamic Jihadist terrorist attack. 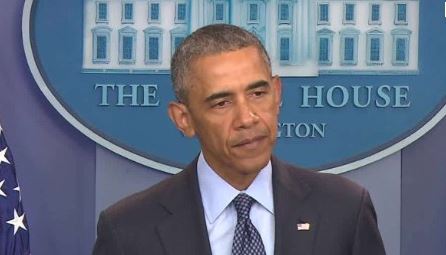 It is no rumor that the Obama administration is very slow to blame Muslim Jihadists in such incidents until all the facts are gathered. The attack on Benghazi was first blamed on an anti-Islamic cartoon and the terrorist attack in San Bernardino was labeled "work place violence."

"We know enough to say that this was an act of terror and an act of hate," the President said in his address to the nation, but critics of the administration were angered to hear the omission of ISIS or radical Jihadist from the President's script.

British news papers were very quick to report the killer's ISIS affiliations. The Orlando Sentinel reported that the killer had been under investigation by the FBI since 2013 over "inflammatory remarks to coworkers and alleged terrorist ties." The article said the "FBI investigated and interviewed witnesses and Mateen, but closed the investigation."

In 2014 the killer drew the attention of the FBI "for making contact with a suicide bomber." Investigators determined the "connection was considered minimal" and the investigation was closed.

The Sentinel were told by federal law enforcement official that moments before the attack the killer called 911 and "pledged his allegiance to Islamic State."

The 29-year-old killer was a resident of Port St. Lucie. He was armed with a pistol and assault rifle when Orlando police and killed him in a shootout.

On June 13, 2016 FBI Director Comey held a press conference and said the Bureau has opened a federal terrorism investigation and the preliminary findings indicate that it appeared the killer was not under orders from any terrorist organization outside the country. Comey did confirm that he had been radicalized, most likely through the Internet. Comey added that the killer had claimed solidarity with the Tsarnaev brothers who were behind the Boston Marathon bombing.