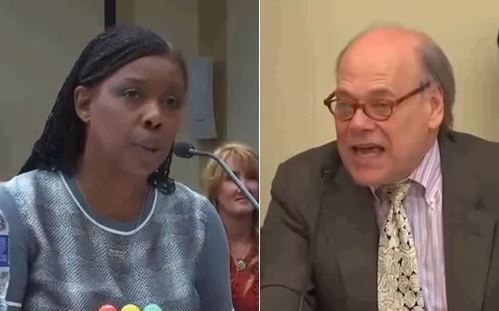 Star Parker spoke at a Nov. 1, 20117 Congressional hearing about a bill that would ban abortions after the detection of a fetal heartbeat when Cohen called her ignorant. This according to a Townhall article released that day.

Parker called lawmakers "disingenuous" and responded to a question asked by Cohen, “Abortion is the leading cause of death in the black community today.”  She continued, “Since Roe v. Wade was legalized, 20 million humans have been killed inside of the womb of black women and then on Halloween Planned Parenthood tweets out that black women are safest if they abort their child rather than bring it to term.”

The Tennessee Congressman raised his voice at Parker in his response, “I am not disingenuous about anything I say about Medicaid, Medicare…or SNAP programs and to suggest that I’m disingenuous shows your ignorance or your absolute inability to deal with Congress people the way they should. I believe in those issues and I think that they’re proper and to say I’m disingenuous is wrong and I expect and apology.”

Mike Pence: “Allowing Rape Victims To Have Abortions Will Lead To Women Trying To Get Raped”

Prescott Bush was a Founding Member of Planned Parenthood