Viral reports of the disappearance of  50,000 text messages between FBI senior counter-intelligence agent Peter Strzok and FBI lawyer Lisa Page.  More recent allegations hint that they were they part of a "Secret Society" within the U.S. Government to bring down Donald Trump. 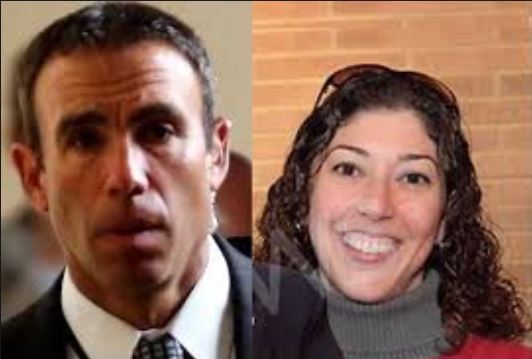 Texts held by the FBI between Peter Strzok and Lisa Page have gone missing. This according to a Jan. 22, 2018 article by U.S.A. Today.

Discovery of the texts were made by the "Justice Department's inspector general who is in the midst of a wide-ranging review of the department's handling of the Clinton investigation."

On Jan. 25, 2018 Fox News reported that the missing texts had been found by the Dept. of Justice. The Fox article said Justice Department Inspector General Michael Horowitz sent a letter to congressional committees saying, “succeeded in using forensic tools to recover text messages from FBI devices, including text messages between Mr. Strzok and Ms. Page that were sent or received between December 14, 2016 and May 17, 2017.”  Horowitz continued, “Our effort to recover any additional text messages is ongoing.” Horowitz ensured the committee, “We will provide copies of the text messages that we recover from these devices to the Department so that the Department’s leadership can take any management action it deems appropriate.”

A new conspiracy theories of a Secret Society is rumored on Capital Hill. This according to a Jan. 23, 2018 article by PJ Media which said some of the some of the missing texts discussed a meeting the day after Donald Trump was elected.

On Jan 22, 2018 the Congressional Permanent Select Committee on Intelligence released this statement:

“This weekend we met to discuss the text messages and possible next steps in our oversight of these agencies. The contents of these text messages between top FBI officials are extremely troubling in terms of when certain key decisions were made by the Department of Justice and the FBI, by whom these decisions were made, and the evident bias exhibited by those in charge of the investigation. The omission of text messages between December 2016 and May 2017, a critical gap encompassing the FBI’s Russia investigation, is equally concerning. Rather than clearing up prior FBI and DOJ actions, these recently produced documents cause us to further question the credibility and objectivity of certain officials at the FBI.”

The iRumorMill.com crew will continue to investigate this and report findings here as they develop.