On Nov. 5, 2017 Devin P. Kelley, dressed in body armor and armed with a 5.56-millimeter Ruger semiautomatic rifle stormed into a the First Baptist Church in the peaceful Texas community of Sutherland Springs and began shooting the congregation. Stephen Willeford lives next door to the church when he heard the shooting. He grabbed his AR-15 and shot Kelley twice, once in the leg and one shot landed in his torso. Kelley dropped his weapon and fled from the scene. Democratic elected officials were quick to demand stronger gun laws but neglected to mention that a good guy with a gun stopped the Texas church shooter. 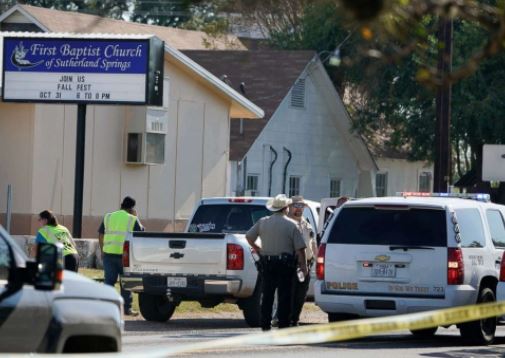 The reports are real, according to Nov. 6, 2017 article by the Los Angeles Times which said Stephen Willeford was a former instructor for the National Rifle Association (NRA). By the time Willeford got to the scene,  "Kelley had killed 26 people and wounded 20 others, including many children, in the fifth-deadliest shooting in modern American history." More may have died or been wounded had he not acted.

In a Fox News Opinion, gun expert John R. Lott wrote, "The media spent all day after the attack rhetorically asking whether now was the time for more gun control."  A day after the shooting details of Kelley's bad conduct military discharge and history of violent abuse was made public. Lott said, "Kelley bought a gun at a gun store, and he passed the background check that the store conducted on him."

Something went deadly wrong in the system of wait times and background checks for gun purchasers.

Lott suggested increasing concealed carry would reduce the number of incidents,  "Police tend to support an increase in permits." A 2013 survey asked 450,000 American officer members, “What would help most in preventing large-scale shootings in public?” Lott said, "The most common answer: 'More permissive concealed carry policies for civilians.'  Eighty percent of the surveyed officers believed that allowing permitted concealed handguns would reduce the number of victims of mass public shootings."

While on his Asia trip, President trump answered a reporter's question in the aftermath of this shooting, if he would consider stricter vetting on purchasers of weapons. Video was found on YouTube: