Uber and Lyft Shutting Down in California

In response to the enforcement of California's AB-5, a law that forces companies to re-classify their independent contractors as employees, Uber and Lyft announced that they are temporarily shutting down operations in the Golden State. The two companies would restart operations if the majority of voters pass Proposition 22, which would reverse AB-5 classification for ride-share drivers. People are speculating that this could be part of the plot to continue the damage of the economy as the Clovid-19 shutdown restrictions ease. 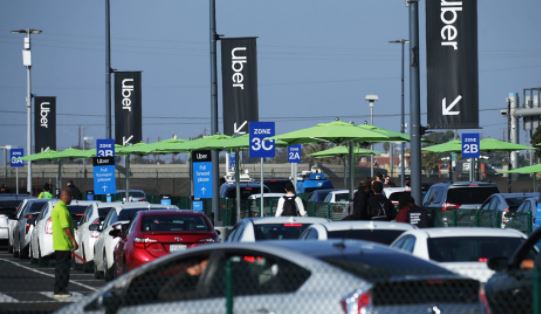 Both Lyft and Uber have announced that the ride-share companies will be temporarily shutting down operations in the entire state of California. This came after a California judge granted "the state's request for a preliminary injunction blocking Uber and rival Lyft Inc from classifying their drivers as independent contractors rather than employees." This according to an August 13, 2020 article by Fox Business, which said that this will effect "several hundred thousand 'gig' workers."

In a court filing Uber said, "The shutdown would irreparably harm Uber and the people who rely on its rides operations to generate income." Uber CEO Dara Khosrowshahi told CNBC, "If the court doesn't reconsider, then in California, it's hard to believe we'll be able to switch our model to full-time employment quickly.''

The iRumormill.com crew has been looking into the effects of a possible shut down of the ride-share industry. Californians were hit hard by the Covid-19 shutdown but in the recent summer months the state has been allowing businesses to re-open and employees to return the the work place. We talked to several users of Lyft and Uber who told us that high rents and poor parking in major cities have forced residents to sell their vehicles and rely on ride-share services for transportation.

The ride share drivers have also been performing a public service to the state by offering an affordable solution to drunk driving. According to a May 15, 2018 article by Mercury News, "drunk driving deaths fell by 3.6 percent following the availability of Uber in California’s urban centers." The article went on to say "arrests had declined by 32 percent in San Diego, 28 percent in San Jose, 26 percent in Sacramento and 14 percent in both Los Angeles and the San Francisco-Oakland area in the two years after ride sharing began in each of the areas."

The news of the shutdown went viral and has cause speculators to chime in as to the real cause of AB-5's enforcement:

The iRumormill.com crew is looking into allegations that the Democratic lead California state government is enforcing AB-5, not to benefit drivers but as part of another keg in the conspiracy to derail the the economy and raise unemployment.

Under normal conditions, Uber and Lyft each pick up 1000 rides each at Los Angeles International Airport (LAX). Even with the Clovid-19 shutdown many adult children are flying around the country to check on elderly parents. Planes are social distancing passengers who are travelling on business or off on a "restricted" holiday. LAX is still seeing just under 100,000 travelers a day who may be soon facing less ways to get home from the airport.

Proposition 22 is on the November ballot and will hopefully end the classification mandate for ride-share drivers if it passes, but this does not help other "gig" workers.  Actors, musicians, taxi cab drivers, barbers, hair stylists, photographers, tutors and writers are among some of the industries that are seriously affected by AB-5.

The big question we are asking is why just Lyft and Uber? Taxi cab drivers work as independent contractors as well but no word of any enforcement to their operations.